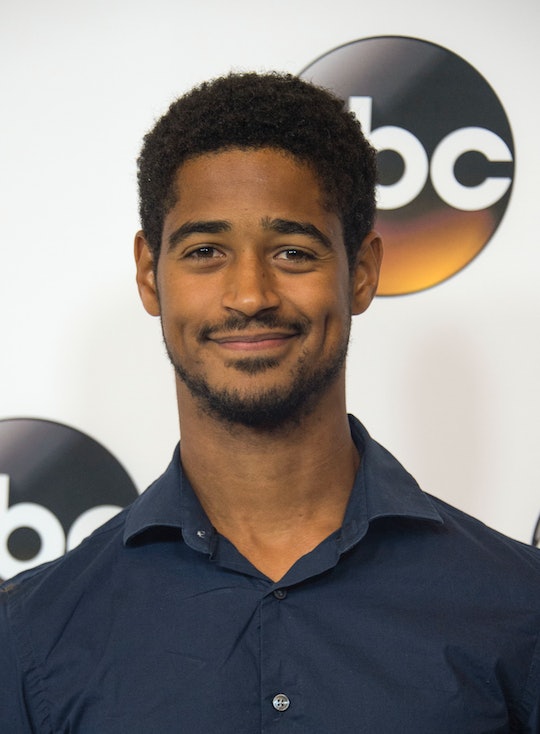 Why Is Alfred Enoch Leaving 'How To Get Away With Murder'? Wes' Time Is Almost Up

As if waiting several episodes to see who was under the sheet on How To Get Away With Murder wasn't hard enough, fans had to deal with the fact that Wes was the one who died, thereby killing him off the show and destroying almost everyone who's left. But with so much going for him as one of the leads, why is Alfred Enoch leaving How To Get Away With Murder? The short answer is that, creatively, it was time for his character to say goodbye. In an interview with Entertainment Weekly, Enoch said that although being on a limited TV series has always allowed him time to do other projects, he understood that creatively, the decision for his character's demise made sense.

And really, it's almost surprising that he lasted this long. Like Connor said on the show, a lot of what happened to the Keating Five was because of Wes' actions, so he was pretty lucky to have avoided certain death for as long as he did. Of course, that doesn't make it any easier to deal with the loss, but the good news (if you can even call it that) is that Enoch isn't gone for good just yet. According to the actor, the second half of the season will show viewers how Wes was killed and hopefully who killed him via flashbacks.

Enoch is leaving HTGAWM because it's Wes' time to go, but he isn't quite done yet. It will be almost harder to see Wes' death play out in the episodes to come after the winter break, but in order for Annalise and what remains of her merry band of misfits to enact revenge, they're going to need to show viewers what happened to Wes on HTGAWM.

Since he's been on the series for three years, obviously loyalty wasn't a problem for Enoch and he isn't leaving because he's taking a job anywhere else. In fact, according to the same interview with Entertainment Weekly, he'll go wherever he's offered a job next, but apparently right now, he's focused on ending Wes' arc on the show. However, if Enoch can understand the need to get rid of Wes, whose relationship with Laurel finally became a legitimate thing, then fans can learn to cope with the loss too.

If nothing else, getting to see Enoch finish out the season with the rest of the cast is better than nothing. It also means that any funeral scene they have will be a little easier to bear. But not by much.