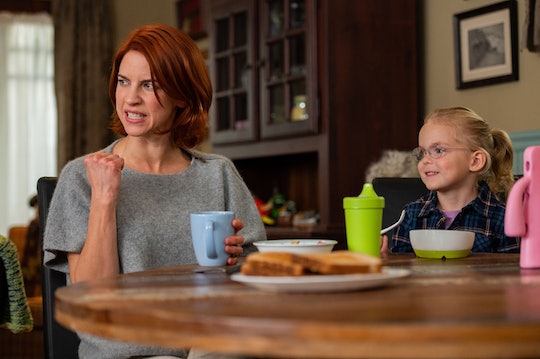 So go ahead and cancel all those plans you had in May.

If you had plans for May, cancel them. At least for several hours. Because Season 6 of Workin’ Moms is premiering soon, and you know you’re going to want to hunker down and catch up with Kate, Frankie, Jenny, Anne, and the rest of the moms as they continue to deal with careers, kids, and most of all, each other. [Note: spoilers for Season 5 of Workin’ Moms are ahead.]

Season 5 of Workin’ Moms left us with so many questions.

How can anyone forget what happened at the end of the fifth season of Workin’ Moms? When Kate (played by series creator Catherine Reitman) answered the door to see a young man claiming to be the long-lost son of her husband Nathan (played by Phillip Sternberg, her real life husband)? Throughout the season, there were all these hints that Nathan’s ex-girlfriend, who died suddenly, wanted children and it seems that perhaps she had one with him? Then there was Jenny (Jessalyn Wanlim) faking a pregnancy and then finding out she actually was pregnant, Anne (Dani Kind) dealing with her husband (Ryan Belleville) being arrested for punching his daughter’s boyfriend... it was chock full of cliffhangers.

And now fans are getting close to seeing how they all pan out.

Season 6 is going to be full of more surprises.

Catherine Reitman told E! News that fans can expect an “awesome” season this time around. “It is just an extraordinary season. I'm just so proud of it,” she said. “I now can sort of tell energetically, once we're shooting it, like, 'How is this going to cut together and how are these storylines going to work next to each other?' It's just an awesome season.”

She noted that Nathan’s son will continue to be part of the storyline, and a trailer from Season 6 sees the moms spending even more time together. And Kate scrolling on her phone during sex with Nathan. Relatable.

When can you watch Season 6 of Workin’ Moms?

If you’re planning on a rewatch of the fifth season of Workin’ Moms before the sixth drops, you need to start soon. Because the new season comes to Netflix on May 10. The sixth season was already released in Canada on CBC Gem, so if you happen to be in Canada you can be ahead of the crowd.

Will there be another season?

A bit of sleuthing on the website for the Canadian Directors Guild found that some members of the crew included a seventh season of Workin’ Moms in their credits. So that may point to a resounding yes. We just can’t get enough.