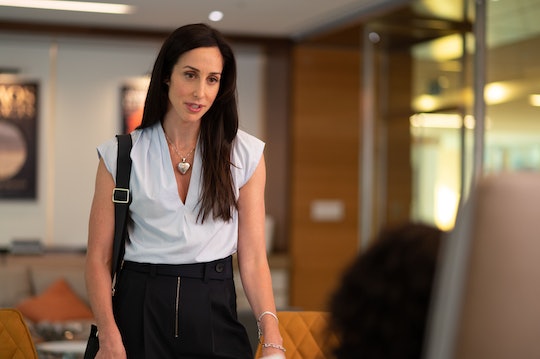 Workin’ Moms Season 7 Is Reportedly In The Works! Here’s Everything We Know

The gift that keeps on giving...

Will we ever get enough of Workin’ Moms? Probably not. The hit Canadian sitcom has become something of a conduit for moms who want to unwind and watch a show that feels like them. Flawed and loving, needful and independent. Now, as Workin’ Moms is about to drop Season 6 on Netflix on May 10, we are already looking ahead to, hopefully, Season 7. So far information is sparse right now, but here’s everything we know so far.

Is Workin’ Moms returning for Season 7?

Season 6 of Workin’ Moms has already wrapped up on CBC Gem in Canada and the popular series has reportedly been renewed for Season 7, according to What’s On Netflix. The Canadian Directors Guild featured a list of crew members working on Season 7, which suggests that the new season is, at the very least, in pre-production. CBC and Netflix have yet to confirm whether or not a seventh season is has officially been renewed, but the series is so popular that it seems incredibly likely.

While we are still waiting for the official green light, if Season 7 is in pre-production we can possibly expect a seventh season in the early months of 2023 on CBC and a few months later on Netflix, likely in Spring 2023, as FanSided explains. This would follow the format for the release dates for the other six seasons, which all launched on CBC in the early months of the year following pre-production.

The same Workin’ Moms cast will likely come back.

One of the best things about Workin’ Moms has been its consistency. Since the first season, Kate Foster (Catherine Reitman, who also created the series) has stuck with the friends she first met in that fateful mom and baby support group at the very beginning. Yes, they’ve had their ups and downs throughout; dealing with relationship troubles, work/life imbalances, and the most dramatic issue of all, head lice. But Kate’s friends Anne (Dani Kind), Val (Sarah McVie), and Jenny (Jessalyn Wanlim) are still there for each other. As they are sure to be in the seventh season, should Workin’ Moms be officially renewed for a new season.

Season 6 of Workin’ Moms premieres on Netflix in May 2022.

As we wait for further updates about Season 7 of Workin’ Moms, you can catch the first five seasons right now on Netflix. And as of May 10, you can also catch Season 6 in all its glory to see what happens with Kate’s husband Nathan (played by Reitman’s real-life husband Phillip Sternberg) and his potential long lost son, Anne’s husband’s arrest, and every other cliffhanger that was dropped at the end of the fifth season.