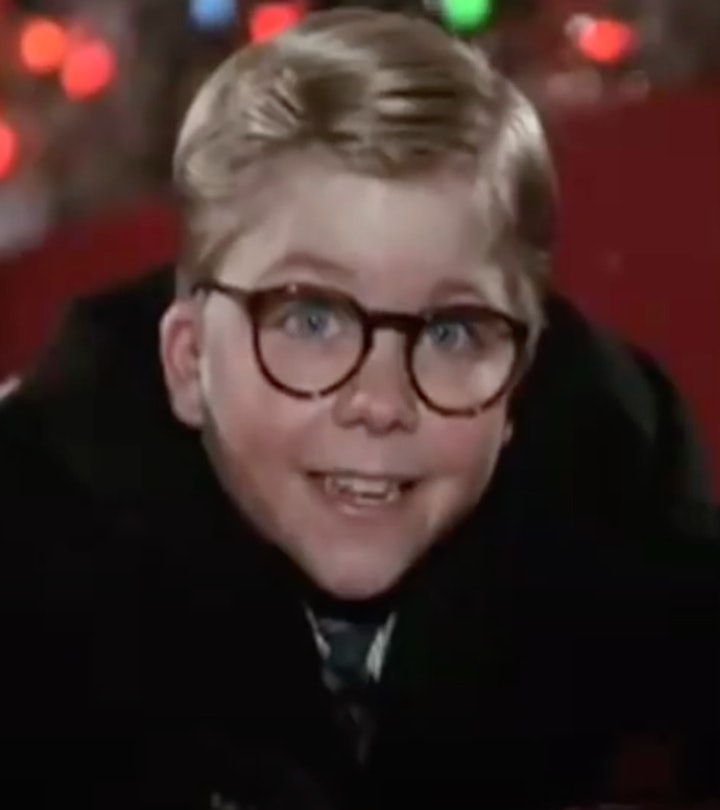 It’s all about the “frageelay,” folks.

When you were a kid, what gift did you really want to get for holidays? Was there one special toy that, to this day, fills you with sweet nostalgia? Well, then you can definitely relate to Ralphie, the blue-eyed bespectacled protagonist of A Christmas Story (you know, the movie that they play for 24 hours straight on both TBS and TNT on Christmas Eve and Day). And if you’ve caught even one viewing of the mega marathon, then you know that there are some really awesome A Christmas Story quotes that are fun to incorporate into your own conversations. Because only true fans of the movie know how to really say the word “fragile”.

Picture it: It’s the ‘40s, and the only thing that 9-year-old Ralphie wants for Christmas is an official Red Ryder Carbine Action 200-shot Range Model air rifle. (Yep, he wants a BB gun.) But much to his chagrin, everyone from his mom, his teacher Miss Shields, and even Santa himself all tell him the same thing: “You’ll shoot your eye out!” So Ralphie gets creative in his ways to convince everyone that he *needs* the Red Ryder gun, from hiding an ad for the toy in his mother’s magazine, to penning a “What I Want For Christmas” essay, to scaling a pretty steep slide to tell Santa that he wants the BB gun… and not a football.

Truth be told, there are some hilarious one-liners in A Christmas Story, uttered by the Old Man (aka Ralphie’s dad), his younger brother Randy, his mom, and Ralphie himself. So get ready to brush up on your Italian, because this list has all the “frageelay” feels.

There are some holiday films that have such memorable moments that you can’t help but remember them. That’s why we triple dog dare you to not quote lines from A Christmas Story, because as far as movies go, it’ll make you want to drink your Ovaltine.