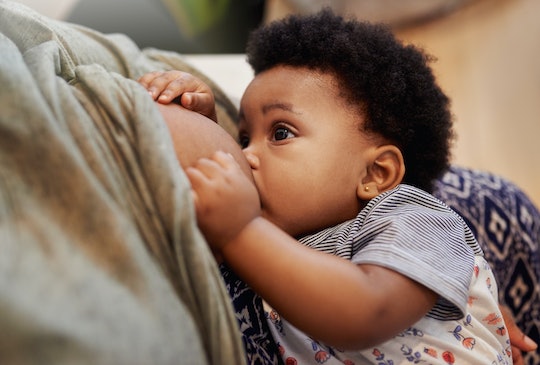 The group also noted that mothers need more support to do so.

The American Academy of Pediatrics (AAP) has issued new breastfeeding guidelines that now recommend parents who choose to breastfeed do so for two years or more. The professional association of pediatricians also stressed that “social and systemic changes” are needed to support breastfeeding mothers do just that.

The AAP’s updated recommendations for breastfeeding mothers, published in the July 2022 issue of Pediatrics on Monday, include advice to exclusively breastfeed for the first six months of a baby’s life, while breastfeeding should continue along with “nutritious complementary foods” well after six months. The AAP included a recommendation for health care professionals to support and encourage moms to breastfeed up to two years of age.

“Breast milk is unique in its nutrients and protective effects, and really quite remarkable when you look at what it does for a child’s developing immune system,” said Joan Younger Meek, MD, MS, RD, FAAP, FABM, IBCLC, lead author of the reports. “Not everyone can breastfeed or continue breastfeeding for as long as desired for various reasons, including workplace barriers. Families deserve nonjudgmental support, information and help to guide them in feeding their infant.”

While the AAP did stress that breastfeeding mothers need all kinds of support to keep going until their little one is 2 years old — including policies like universal paid maternity leave, workplace child care, and lactation rooms in the office — many parents on social media called out the new guidelines as ill-timed. Particularly as parents continue to grapple with an ongoing infant formula shortage and the Supreme Court’s decision to overturn Roe v. Wade when most women getting abortions are already mothers themselves.

Another described that the timing of the new guidelines “tone deaf.”

Yet another Twitter user called out the irony of these recommendations given the lack of paid parental leave in the United States. “The federal law only give 12 weeks of paid maternity leave. the american academy of pediatrics recommends at least 6 months of breastfeeding. most workplaces are not breastfeeding friendly. we have a nationwide formula shortage. how are we going to feed these children?”

Every parent needs to decide for themselves how they would like to feed their child. These recommendations from the AAP are mere guidelines. Poorly timed guidelines, perhaps. But guidelines only.