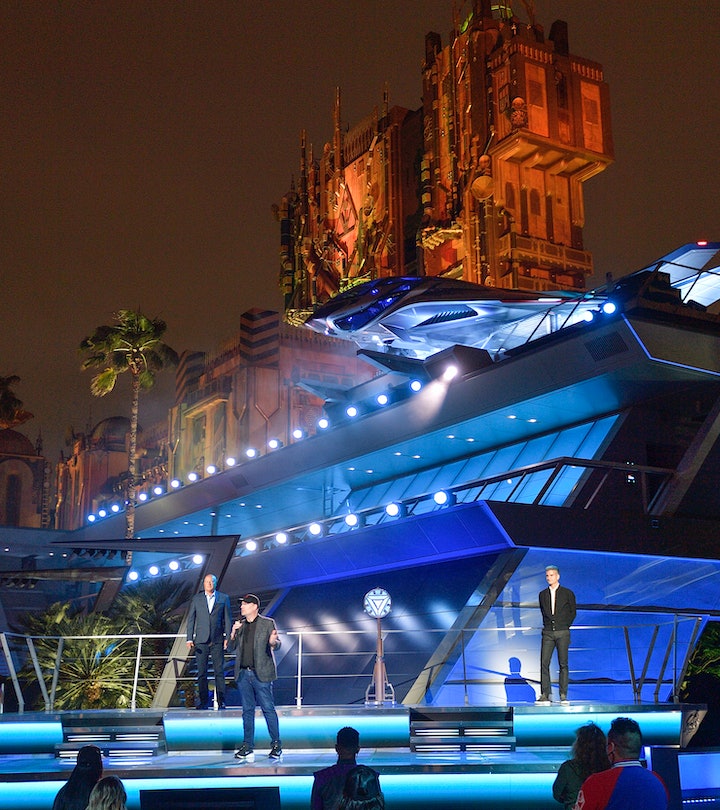 The Avengers Campus Is Open At Disneyland: Everything You Need To Know

Avengers Assemble: Immerse yourself in all things Marvel at Disney’s newest themed land.

This summer, kids are assembling for the first-ever Avengers summer camp of sorts. Open at the Disneyland Resort in California, this campus is a one-of-a-kind opportunity for kids to indulge in all things Marvel, from Spiderman and Guardians of The Galaxy to Infinity stones.

The camp officially opened on June 4. And what’s an Avengers camp without the Avengers headquarters? Dare we say, it’s a guilty pleasure for adults as well to live out their superhero dreams and a great rehab for those of us who are anxiously awaiting the next Marvel movie. The camp is not your typical bunk bed, stay overnight attraction (in other words, you cannot spend the night inside the Disneyland theme park); however, there's plenty of fun-filled, Marvel attractions that can fill up your day.

Here’s everything you need to know about Disney’s exciting new attraction.

Dedicated to training the next generation

The Avengers Campus (which stands for Centralized Assembly Mobilized to Prepare, Unite, and Safeguard), is devoted to “discovering, recruiting and training the next generation of superheroes.” Train with Black Panther and Wakanda’s elite guards, the Dora Milaje. Or learn the mystic arts from Doctor Strange.

No waivers are required for these activities.

Ant-Man, The Wasp, Black Widow, and Okoye of Wakanda’s Dora Milaje make their debuts at the Disneyland Resort. A spinoff series on Okoye is in the works for Disney+, according to Deadline.

More exclusives include a peek at Spiderman’s new suit and Iron Man’s new armor, the Mark 80.

There are 3 different attractions

The Avengers Campus is comprised of three different attractions.

The Avengers Headquarters is an exact replica of the headquarters building in the Avengers franchise movies. There, kids ( or recruits) can come face-to-face with Iron Man, Black Widow, Captain Marvel, Thor, Ant-Man, and others. Lastly, there’s the towering citadel of Guardians of the Galaxy – Mission: BREAKOUT! This attraction actually opened in 2017 and was the first Avengers theme-land feature. Guests are the heroes in this ride as you race to rescue Star-Lord, Gamora, Rocket, Drax, and Groot from Tivan’s fortress.

How do I attend the campus?

The Avengers campus is part of the Disneyland Resort. Tickets start at $104 a day. On June 15, Disney will back welcoming out-of-state guests.