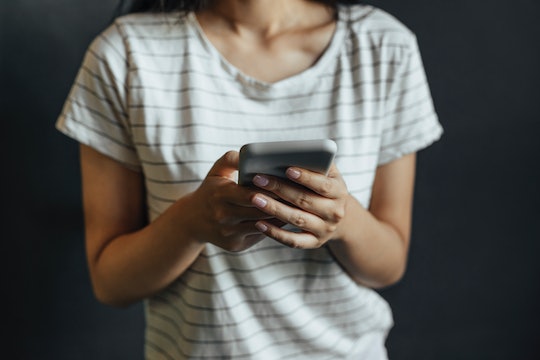 “She kept reading and read all our texts for the past month.”

Let’s face it — people write things when they’re texting they would never say out loud. It’s human nature to be a bit more dramatic by text, maybe complain a little more. So when a babysitter read a mom’s private texts to her husband and subsequently quit her job, the mother in question was pretty upset.

Reddit user u/Life-of-a-midwife took to the popular sub-Reddit forum “Am I The Asshole?” with a recent awkward situation she needed some guidance about. The babysitter who had been caring for her two young girls had quit. It seems the babysitter had “been helping my daughter on her iPad,” she wrote, “and some texts popped up between me and my husband.”

Some of it was fairly routine stuff. In one text, the mom complained to her husband about a time the babysitter had made her late for work. But it didn’t stop there. “Well, she kept reading and read all our texts for the past month,” she explained, “I had also complained to him once that our babysitter had eaten all our Oreos. It was just funny banter, and I got over it quickly but I was still whining. I would have never said anything to her about it.”

Later the babysitter texted to quit the night before she was meant to arrive at work, explaining that she felt hurt by the complaints she had read. The Reddit user felt “horrible but also violated that she read all our texts. I apologized for what I said but I still feel sad about it all.”

One mom’s babysitter quit over some private texts she read.

Reddit users stepped up to respond, with some backing her up like u/Niirah who wrote, “You have the right to vent in private to your husband. You forgave her, but that doesn’t mean it didn’t affect your day. She violated your privacy. AND she had to go back a month before finding anything else about her. If you text with any frequency, that’s a lot of personal texts for her to have gone though. Any hurt she feels is her own fault.”

Reddit user u/Voidg brought up another good point: the couple could have been sharing photos with each other that were for their eyes only, “She violated your privacy. Imagine if you had sent ‘photos’ to your husband or private information as in banking details. She had no right to go through your text.”

For the most part, social media users seemed to agree that stumbling upon one text accidentally was not a breach of trust, but scrolling back through someone else’s private texts was quite another thing altogether. Trust is a huge issue when it comes to the person taking care of your children in your home, and it appears that trust was violated here.

Text between a couple are private. Period.