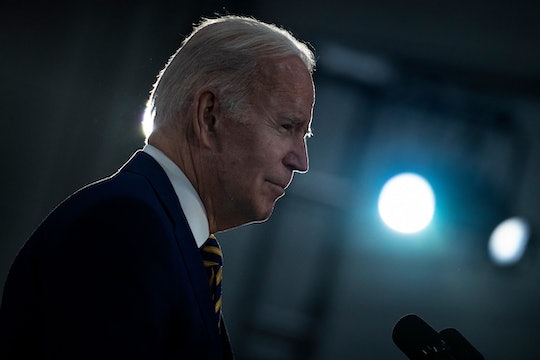 “I promise you, it will go away if you just keep at it, okay?”

When President Joe Biden was celebrating Thanksgiving on Nantucket Island, he was approached by a young girl named Avery. The 9-year-old let the president know that they have something: they’ve both struggled with a stutter. A viral video captured their meeting and, in it, Biden can be seen offering the young girl some words of encouragement.

“My amazing niece and goddaughter Avery has struggled with a stutter much of her life,” Avery’s uncle Rufus Gifford wrote on Twitter. “She was just told by a guy who knows a little something about it that she can be anything she wants to in this world. A day she will never ever forget. Thank you sir.”

In the video, Biden crouched down to talk to the smiling girl, letting her know it would get better with time if she kept practicing. “I promise you, it will go away if you just keep at it, okay?” the POTUS said. Biden went on to invite her to the White House, clarifying that he “means this sincerely,” and they both looked at her uncle for confirmation that it would be OK.

More than 2.2 million people have watched the lovely moment, with many leaving comments of support. “As a human, I’m so moved by this,” wrote one Twitter user. “As a speech-language pathologist, I understand that this could change her life in such a positive way.”

President Biden comforted a young girl with a stutter.

Biden himself has been open through the years about his stutter. For instance, he opened up about how his mother helped him as a young boy with his stutter at a CNN Town Hall, explaining that she would tell him, “Joey, don't let this define you. Joey, remember who you are. Joey, you can do it. So every time I would walk out, she would reinforce me. I know that sounds silly, but it really matters.”

Avery’s interaction with Biden isn’t the first time the president has offered words of encouragement to a child with a stutter. On the campaign trail in August 2020, he met 13-year-old Braydon Harrington, where he shared some advice about how he deals with reading in public. He told the young boy he made notes on his speeches to make them easier to read, and Braydon started doing the same based on his advice. “Don’t let it define you,” Biden told Braydon at the time.

As for his advice for Avery? The young girl’s mom Jessica Nigrelli told WHDH Biden said something similar: “He zoned right in on her and said, ‘This will not define you. You can be anything you want to be. Look at me, I’m the President of the United States. I’ve had a stutter all my life.”