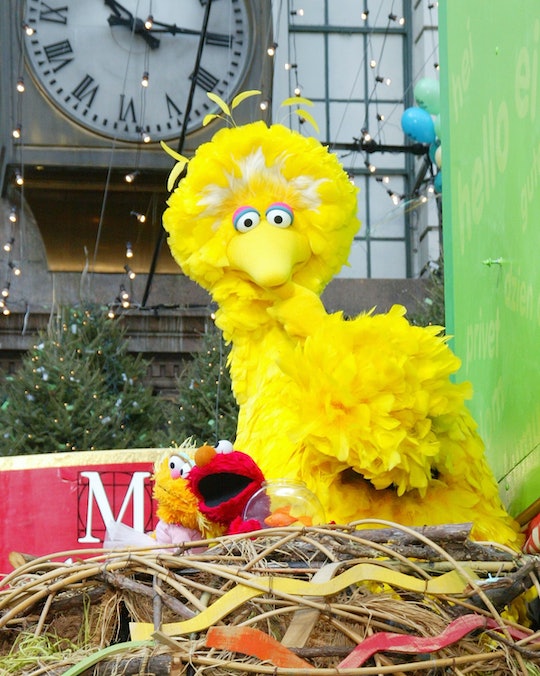 Conservatives Are Really Miffed Big Bird Got Vaccinated Against Covid

But the beloved Sesame Street character has been promoting vaccines for nearly 50 years.

A beloved character from a popular children’s television show has the internet divided. Big Bird is drawing criticism from conservatives after announcing he’d gotten vaccinated against Covid-19. Some have even gone so far as to label the Muppet a puppet.

“I got the COVID-19 vaccine today!” Big Bird, who is known to be forever 6 years old, tweeted Saturday. “My wing is feeling a little sore, but it'll give my body an extra protective boost that keeps me and others healthy.”

As a 6-year-old, Big Bird only recently became eligible for a Covid-19 vaccine following the Food and Drug Administrations' recent expansion of the Pfizer Covid-19 vaccine’s emergency use authorization to include children aged 5 to 11. His tweet also came shortly after the popular Sesame Street character joined Elmo and Rosita to talk about Covid-19 vaccines in a Town Hall with CNN’s chief medical correspondent Dr. Sanjay Gupta and CNN anchor Erica Hill. In fact, Big Bird even noted in his tweet that Hill had told him he’d been getting vaccines since he was “a little bird.”

But while many applauded Big Bird’s decision to get vaccinated — including Hill, Gupta, and President Joe Biden — a number of conservatives condemned the Muppet, accusing him of “brainwashing” children with government propaganda.

“Government propaganda…for your 5 year old (sic)!” Sen. Ted Cruz, who it is worth noting is vaccinated against Covid-19, tweeted in response to Big Bird’s vaccination news.

Cruz later tweeted a GIF of someone kicking in a door while wearing a Big Bird costume with the caption “Big Bird coming over to vaccinate your kids.”

But Cruz isn’t the only person to express outrage over Big Bird promoting Covid-19 vaccines. Some accused the 8-foot 2-inch bird of being a puppet, which of course he is. Others, like Fox News’ Lisa Boothe condemned Big Bird for brainwashing children and falsely claimed children “are not at risk from Covid.”

While research has shown the majority of children exhibit mild symptoms when sick with Covid-19, they are not immune to the virus. According to the American Academy of Pediatrics (AAP), more than 6.5 million children have tested positive for the virus as of Nov. 4. At least 615 children have died from Covid-19, according to data from AAP.

Yet it’s not altogether surprising that Big Bird, a character who has been promoting vaccines for nearly 50 years, would get vaccinated against Covid-19. As debate over Big Bird mounted on Monday, Sesame Street tweeted a clip of Big Bird helping promote the measles vaccine in 1972. In the clip, Big Bird learns the importance of the measles vaccine and decides to get in line for the vaccine.

“Big Bird may have just received his COVID-19 vaccine, but as many of you pointed out, he was learning how to keep himself and his neighbors healthy long before that!” Sesame Street tweeted.