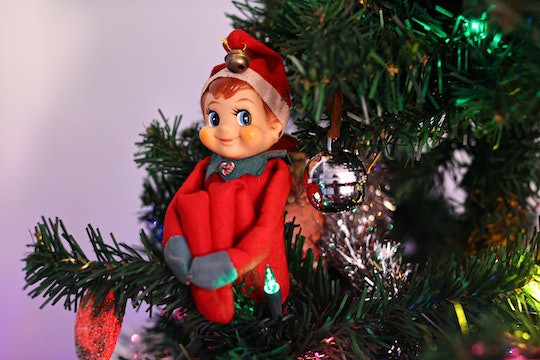 Reddit Is Horrified By Dad's “Cruel” Elf On The Shelf Pranks

He played pranks on his kids using “Bob” the naughty elf.

The Elf on the Shelf phenomenon can be really fun for parents and kids in certain circumstances. Like if parents are putting out the Elf on the Shelf to foster their child’s imagination and encourage them to believe in the magic of the holidays in some cases, or perhaps even trying to get their kids to consider their behavior in others. Or, in the case of one Reddit user’s husband, the Elf on the Shelf is an opportunity for him to pull pranks on his children that went way too far.

The Reddit users, a mom of three, took to the popular sub-Reddit “Am I The A**hole” forum to get some feedback on a recent situation that cropped up over the holidays. She and her husband have three children, one of whom has a birthday on Dec. 24, and in the spirit of creating new family traditions for the holidays, they decided to get an Elf on the Shelf, who their kids christened Bob.

“At first, it was cute to see them spy on Bob, try to see it ‘fly’ each night,” the Reddit user explained, noting that the child with the Dec. 24 birthday “was the most excited of all, I found him one night talking with it, asking it if Santa still remembered him.”

Unfortunately their joy didn’t take precedence over her husband’s need to make Bob “naughty,” as he called it if the children touched him. One child was caught touching Bob and woke to marker on his face. Their 5-year-old daughter had her “fave onesie destroyed” by “Bob” as well. When the Reddit user asked her husband to stop, he said he would after he caught the third child who had not broken any rules. Sadly, he found his moment. When the little boy’s birthday arrived and his cake was opened at a party with his friends, the little boy opened the box and started to cry.

“I take a look and it's ruined. ‘Bob’ was covered in all of it, appearing he had been eating the cake. Half of the cake wasn't there anymore,” she shared. Her husband laughed, but she was livid. The mom threw the Elf on the Shelf in the trash and her husband complained that she somehow ruined everything because “how are we supposed to keep the ‘magic’ with our kids if I wasn't supposed to touch Bob.”

Reddit users were horrified at this father’s actions, with one writing, “He’s psychologically terrorizing these kids. Can you imagine being a 5 year old and witnessing adults talk about this seemingly inanimate object like it’s alive? Worse, it’s after you for being bad! The old tradition was fine. He just wanted the ability to cause chaos.”

Another noted that the father’s pranks in “Bob’s” name seemed especially vindictive, “And to literally cut up a little girls pajamas. Then completely ruin child’s birthday cake. No words.”

Other Reddit users called these so-called pranks “abuse,” and were quick to alert the original poster that this is some serious red flag behavior, with one person writing, “Pranks typically aren’t funny for anyone other than the prankster. The victim of the prank rarely experiences joy, laughter, and pleasure. Cuz it’s not funny.. it’s cruel.”

Elf on the Shelf was intended to be a sweet tradition when first created by Chandra Bell, not a way to bully small children. To think, poor “Bob” probably just wanted to be a nice elf.