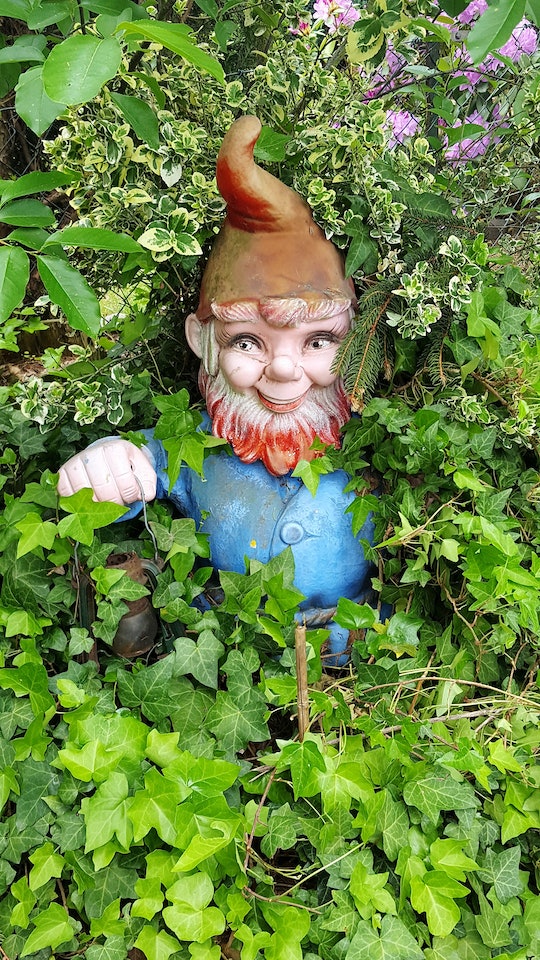 The neighbor threatened to call the police on him.

Nobody wants to see a little kid scared of something, obviously. Especially a protective parent who just wants their kid to be happy. Especially the dad who hid his neighbor’s garden gnome because his son was scared of it. The dad’s decision, however, is being called into question by Reddit users, many of whom pointed out that sometimes we need to help our kids work through their fear instead of shielding them from everything. Also don’t touch other people’s stuff, that seemed to be the secondary life lesson to be learned here.

A dad took to the sub-Reddit forum Am I The A**hole to get some resolution over a recent argument with his neighbor Cindy, who has a “gnome village” in her garden. The dad explained, “You know those tacky garden gnomes you see in lawn and garden stores that you can paint or what not.” A new gnome in the village has really shaken things up in Cindy’s garden, apparently, because the Reddit user’s 5-year-old son has developed a serious fear of the little guy.

“I decided to talk to Cindy, explained the problem and asked if she would move the gnome to the back garden or behind the bushes on her patio,” the Reddit user wrote. “Cindy refused! I wasn't asking for much!”

Unfortunately, he did not stop there. “A few days ago my son was outside playing and his ball rolled into Cindy's yard. He refused to go get it, crying and begging me to get the ball. I got the ball and moved the gnome behind some flower bushes,” he explained.

Cindy was not impressed. “My plan was to move it back once my son stopped playing. Cindy came out to water the garden, noticed the gnome was gone and demanded to know where it was. She even threaten [sic] to call the police on me! Over a gnome! After I gave her back the gnome, Cindy told me not to come on her property again!”

Now the man is wondering if he is the a**hole in this situation, and many Reddit users responded with a resounding yes.

“This was such a good teaching moment for the kid too about facing fears and dealing with problems constructively and instead OP taught the kid that theft and touching other people's belongings just because you don't like the way it looks is okay,” wrote one user.

“Yep. YTA,” another commented. “You have a responsibility as a parent to explain irrational fears to your child. Not steal sh*t from your neighbors.”

This Reddit user even had a clever suggestion to help the little boy tackle his fears. “Yes! You could have shown your child that the gnome wasn't scary. You could have given him a quest to venture out into the mystical land of the gnomes to retrieve his ball back and he could have conquered his fear. Instead, you enabled his fear which only reaffirms it.”

The reality is that kids are new to this world. They’re going to be scared of lots of things; strangers, the dark, a mysterious new gnome lurking in the neighbor’s garden. We can’t stop them from being scared but we can help them move through it. By acknowledging their fear, letting them know it’s okay to be scared, be patient with them, and help them move on. So no messing with the neighbor’s yard then.