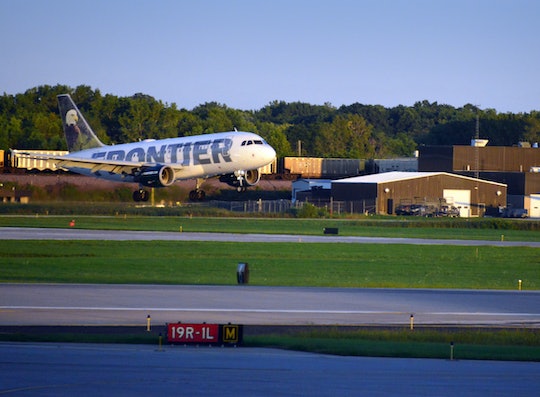 “All because she was too nervous to sit in her seat during takeoff and wanted to sit in my lap.”

Chrisean Rose took his 2-year-old daughter to Orlando, Florida for a weekend getaway. When the two of them boarded their Frontier Airlines flight to get home, Rose said in a viral Instagram post that his daughter didn’t want to sit in her seat. She was nervous during takeoff and he was trying to comfort her. Instead, the two were removed from the flight.

“What was the most awesome daddy/daughter weekend ended with my toddler and I being removed from Flight 1301 from Orlando to Atlanta,” Rose wrote in his Instagram post featuring video footage of his removal from the flight. “All because she was too nervous to sit in her seat during takeoff and wanted to sit in my lap.”

Rose alleged in his Instagram post that he attempted to explain to a flight attendant that it was his daughter’s first time flying and she was scared, but he was told to have her sit in her own seat despite the fact that she was crying. He and his toddler were eventually removed and the police were called.

“The whole experience was beyond disheartening and handled very poorly, from the aggression of @flyfrontier staff, to them refusing to allow me to ask questions. And to top it all off after we were removed they refused to give us our stroller. The police officers who they called to ‘arrest’ me ended up defending me and demanded that they stopped and take my stroller off,” he wrote on Instagram. Rose reportedly flew home with a different carrier.

Frontier Airlines confirmed in a statement to Romper that a man and a child had been removed from the aircraft. “On a recent flight preparing to depart from Orlando to Atlanta, a customer was advised that his child needed to be buckled into her own seat for takeoff,” a spokesperson said. “It is an FAA requirement that all passengers over the age of 24 months must be buckled into their own seat for takeoff and landing. The parent refused to comply and therefore was asked to exit the aircraft with the child. At Frontier, safety is our number one priority.”

WSB-TV, a television station in Atlanta, reports that Rose’s daughter is 25 months old. In his Instagram post, Rose said he doesn’t have an issue with the policy, but was upset with how the situation was handled. “My issue is not with the policy because I fully understand the regulation but rather with the way I was treated, discriminated against and threatened with arrest,” he wrote.

Rose told WSB-TV that he didn’t encounter any issues about seating on his outbound flight to Florida with Spirit Airlines.

Flying with children is notoriously difficult, so much so that the Department of Transportation recently issued a notice to airlines to stop charging parents to sit beside their kids on flights when they are 13 years old or younger. And, of course, flying with a frightened toddler is especially tough. “Babies don’t understand policies,” Rose told WSB-TV.

More Like This
Hilary Duff's Daughter Mae Is Every Toddler Obsessed With 'CoComelon'
Where To Go Leaf Peeping In The U.S. In 2022
The Best Apple Orchards Near Upstate New York
The FDA Is Worried People Are Cooking Chicken In NyQuil