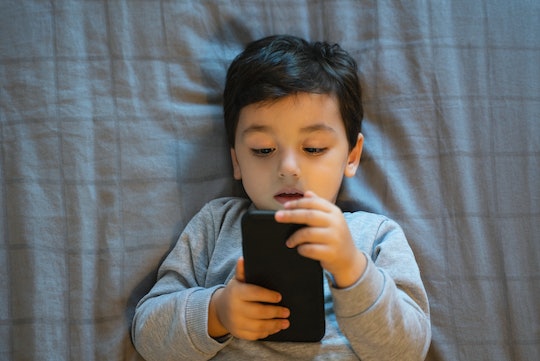 And now he’s facing up to six months in prison.

Most parents worry about their kids’ screen time. This is not exactly a huge revelation. Kids of all ages spend a lot of time looking at screens for fun, for school, to catch up on social media. It’s worrisome and some parents can end up feeling like they’re losing control over how much time their kids spend staring at screens. Which was, I guess, the impetus behind a decision made by a dad in a small town in France when he accidentally cut off the internet for his neighborhood. He was tired of his kids spending too much time with their screens and now he could end up spending six months in jail.

Media outlet France Bleu reported earlier this week that a dad living in the Messanges area of France recently shut down internet and cell phone access for his entire neighborhood for several nights in an attempt to limit his kids’ screen time.

How did he do this? According to France Bleu, he had purchased an internet jammer, which is just as illegal in France as it is in the United States, that he thought would simply cut off internet and cell access to his house. He was hoping to cut off access between the hours of midnight and 3 a.m., right around the time he presumably was hoping to get some sleep and encourage his kids to shut off to get some sleep as well. France Bleu reports that the father in question believed his children were addicted to social media and needed them to shut off for the night. Hence the internet jammer.

Which worked better than he expected, apparently. Or perhaps more realistically, much much worse. Because when he plugged it in every night, he was actually shutting off telecommunications for two municipalities at the same time. After several nights, the neighbors started to report their outages and an investigation led to the French dad. He now faces up to six months in prison and a fine of €30,000, according to ANRF.

Next time, perhaps the dad (or really any parent who is trying to come up with solutions to limit their screen time) might want to consider his options. Like having a conversation about limits, taking their devices away overnight, or maybe even worrying a bit less and remembering that screens are a part of everyone’s lives now. I’m sure his neighbors would appreciate a different tactic.

More Like This
This Mom Gave Birth On Graduation Day, So The University Brought Her Degree To Her
Social Media’s Effect On Kids’ Wellbeing Is A Public Health Emergency
Reddit Is Stunned By Mother-In-Law Trying To Breastfeed Her Granddaughter
Amanda Gorman Spoke The Truth In Powerful, Viral Poem After Texas School Shooting