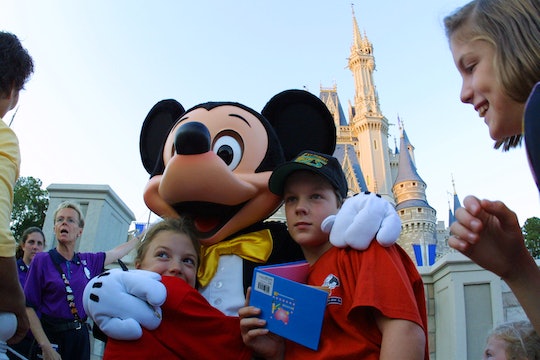 Grab your princess gown and ears!

The next time you take the kids to Walt Disney World or Disneyland, make sure to pack their favorite Disney character costumes because you can soon take them to spend some one-on-one time with Cinderella, Jasmine, and Snow White! Disney Parks announced it’s preparing to bring back character meetings for the first time in two years.

After stopping character meet-and-greets due to the Covid-19 pandemic, greetings with your favorite Disney characters will take place again on April 18, according to a recent blog post from Disney Parks by Disney Live Entertainment's senior communications manager Shawn Slater.

“It’s been so great to see live entertainment returning to our theme parks, resorts, and cruise ships, and today, I’m thrilled to tell you about another quintessential Disney entertainment experience that’s on the way back. As early as April 18, we will start reintroducing traditional character greetings at Disneyland and Walt Disney World Resorts, as well as aboard Disney Cruise Line,” Slater wrote. “That’s right! Very soon, you will once again be able to hug Mickey Mouse, get an autograph from Mulan, and share a laugh with Goofy. We know many of you have missed these special moments, and your Disney character friends have missed you, too!”

Since the pandemic, which shut down the theme parks for several months, character meet-and-greets, shows, and parades were canceled and replaced with alternatives like “cavalcades,” in which the characters would randomly appear in locations throughout the park and greet visitors from a safe distance.

The greetings will also return to Disney Cruise Line and reopen in “phases throughout the spring and early summer.” Disney Parks posted a TikTok video announcing the return of character greetings. “The moment we’ve been waiting for,” Disney captioned the video featuring Mickey Mouse.

Both Disneyland and Walt Disney World, which began its reopening phase last July, are currently celebrating their 50th anniversaries. “This exciting milestone continues the recent, powerful momentum of returning entertainment across the Disney parks and resorts,” Slater wrote.

As part of the 50th anniversary, Walt Disney also welcomed back its shows such as “Indiana Jones Epic Stunt Spectacular” and “Mickey’s Magical Friendship Faire.”

While Disney World and Disneyland still have health and safety measures in place, including recommendations to still wear masks indoors, bringing back character greetings will surely make visits to Disney more memorable for families.

“Recent trends and guidance have provided opportunities for us to bring back some of our most beloved magic, like character greetings and dining experiences,” Slater continued. “While not all locations will be available immediately, we anticipate reopening in phases throughout the spring and early summer.”

More Like This
You Can Walk Through Barbie's Dreamhouse & Fulfill Your Childhood Dreams This Summer
It's Not Just Covid: Doctors On Why Everyone's Getting Sick Right Now
The FDA Has Approved A Covid Booster Shot For Children Ages 5 To 11
Bindi Irwin Says Her Daughter Is Totally Captivated By Old 'Crocodile Hunter' Videos