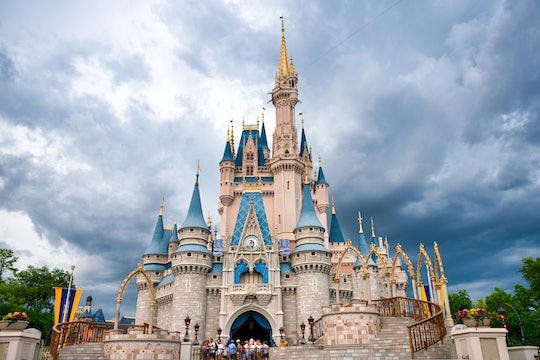 “The world is changing, and we will change with it.”

Employees at Disney’s theme parks can now express themselves more freely when it comes to their personal style. Recently, Disney Parks updated its dress code so that cast members will no longer have to cover their tattoos and can style themselves in costumes that are gender-inclusive.

In a blog post shared on Disney Park’s website last week, Josh D’Amaro, chairman of Disney Parks, experiences, and products, said the update to the company's dress code is the company’s effort to sure make all of its employees and guests feel more welcome. “We want our guests to see their own backgrounds and traditions reflected in the stories, experiences, and products they encounter in their interactions with Disney,” D’Amaro wrote. “And we want our cast members — and future cast members — to feel a sense of belonging at work.”

In addition to appropriate tattoos, styles that are also now accepted include “gender-inclusive hairstyles, jewelry, nail styles, and costume choice.”

“We’re updating them to not only remain relevant in today’s workplace but also enable our cast members to better express their cultures and individuality at work,” D’Amaro added. “Moving forward, we believe our cast, who are at the center of the magic that lives in all our experiences, can provide the best of Disney’s legendary guest service when they have more options for personal expression — creating richer, more personal, and more engaging experiences with our guests.”

D’Amaro explained that cast members are taught about “The Four Keys” of Disney, which include Safety, Courtesy, Show, and Efficiency. Cast members are asked to use these ideas as a “blueprint for the decisions they make during the workday and the approach they bring to their interactions with others.”

However, D’Amaro wrote when cast members were asked how Disney can “cultivate a culture of belonging,” the fifth key of inclusion was suggested. Inclusion efforts have included revisions to Disney’s popular Jungle Cruise. The Splash Mountain attraction at Disney World in Orlando will be remade into The Princess and the Frog theme. The original Splash Mountain attraction was created after the Disney racial Song Of The South and sparked backlash.

“The world is changing, and we will change with it, and continue to be a source of joy and inspiration for all the world,” D’Amaro wrote in the blog post. “We’ll never stop working to make sure that Disney is a welcoming place for all. I’m excited about where we’re headed, and we’ll have more to share soon. Thank you for joining us on this journey.”