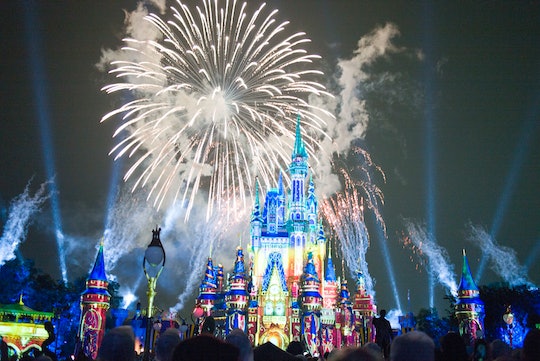 What You Need To Know About Disney World's New Annual Passes

The magic of Disney is getting more expensive to enjoy. Starting Sept. 8, the prices for annual passes to visit Walt Disney World will increase again. The price hike comes just before Walt Disney World Resort celebrates its 50th anniversary.

Disney Parks have been struggling to get back to its full capacity due to the pandemic, which forced the parks to close for several months in 2020. Disney World reopened last July and just recently reinstated its policy on masks regardless of vaccination status. Despite the struggles the pandemics have brought, there are still some exciting things to look forward to from Walt Disney such as the Boo Bash at Magic Kingdom, Disney Very Merriest After Hours for Christmas, and the Ultimate Princess Celebration.

So what surprises will new and returning Walt Disney World Annual Passholders have to look forward to? Here’s what families need to know.

How much will annual passes be?

The four tiers of passes range between $400 and $1,300 and are based on Florida residency and eligibility.

The Disney Pixie Pass is the cheapest, priced at $399 plus tax. It includes a visit to one or more Walt Disney World parks on “most weekdays with an advance park reservation.” Guests with this pass can make up to three park reservations at a time but it's subjected to block out dates such as peak and holiday periods.

The Disney Pirate Pass, priced at $699 plus tax, guarantees one or more visits to parks on most days with an advance park reservation and can hold up to four reservations at a time.

The Disney Incredi-pass is the most expensive at $1,299 and is open to anyone. It includes visits to the parks on the same day with an advance reservation and five park reservations.

Families should also take note that a $205 down payment is required for all passholders.

What are the perks?

With the new annual passes come some new benefits such as the unlimited Disney PhotoPass downloads. These are pictures taken by Disney photographers at the parks. Previously this feature was free, but it will now cost $99 before tax per person. However, one person’s PhotoPass will cover everyone they are traveling with that day, according to Disney.

There’s also the monthly payment program for Florida residents. Another new feature is the integrated calendars for pass holders to view available days and changes or cancel reservations all in one place.

Free parking and discounts on dining and merchandise will still be available for passholders.

FastPass has been replaced

One perk that will not be returning is the FastPass. The pass previously allowed guests to dodge long wait times on rides. Instead, the system has been replaced by Genie+, a paid app in which pass holders cannot get discounts. Now the most common question: is Genie+ like the Fastpass? Well, with Genie+ guests will have access to Lightning Lanes, which is similar to the FastPass Lines. With it, guests can wait in line virtually and select available times for attractions.

Price hikes for annual passes happen from time to time. Just last year, in fact, Disney raised prices between $319 and $1,295.