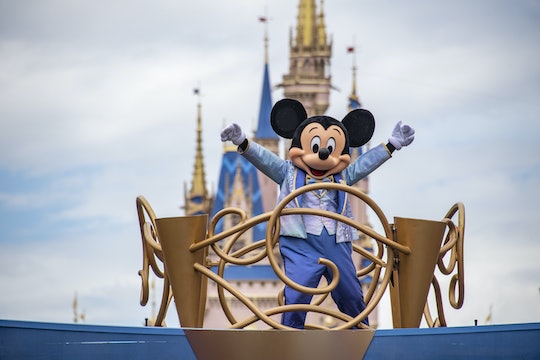 That line-up tension is real.

Is Disney World the “happiest place on earth” like we keep on hearing? Not for these two families who got into a massive brawl while standing in line for a ride. And not for the people around them, that’s for sure. The fight sent one person to the hospital and resulted in three people being arrested.

On Wednesday evening, Orange County police officers were called to Disney World after two groups of people were involved in an altercation. “Deputies responded to 4601 North World Bay Drive [Magic Kingdom] for a fight,” a spokesperson told People on Friday. “Deputies conducted their investigation and subsequently arrested three people for misdemeanor battery. One person was taken to the hospital for a minor injury.”

Witnesses at the park told Walt Disney World Today that the fight broke out in the line for Mickey’s PhilharMagic. Witnesses told the outlet that one guest got out of line when she realized she had forgotten her phone. When she returned to get back in line with her family, another family all dressed in red shorts and white t-shirts physically tried to block her entry, pushing her to the back of the line.

Security was called to break up the fight that quickly spun out of control and included members of both families, as seen in video footage from the fight. “We came upon it, and it appeared as though it took about two minutes for two security personnel to arrive,” a witness told Fox 35 Orlando. “Deputies arrived probably about five minutes after that.” One man was reportedly taken to hospital with a large cut across his chin.

Romper has reached out to Disney World for comment on the incident.

Tensions clearly run pretty high at amusement parks, with people paying hundreds or even thousands of dollars to get into Disney World with their families just to stand in line for hours in the hot sun. And it’s not just at Disney World either. A string of fights broke out earlier in the week at Knott’s Berry Farm in California, per the Los Angeles Times, prompting the park to require weekend chaperones for visitors under the age of 17 to avoid violent altercations.

The trick, I guess, is to keep your cool when visiting amusement parks like Disney World. It doesn’t have to be the “happiest place on earth.” Just, like, a fairly happy place where you can eat snacks and go on rides.