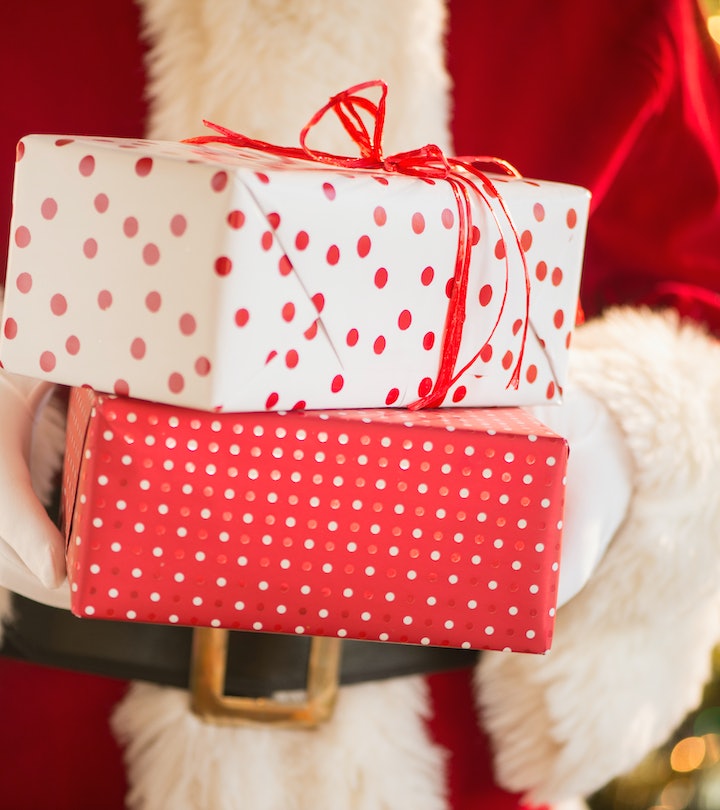 Santa & Wrapping Gifts Is A Mystery

To wrap or not to wrap? That’s a Santa question.

My favorite Christmas mornings as a kid were the ones where I awoke to some huge, fully-assembled, big-ticket toy unwrapped under the tree. The year I got a Barbie DreamHouse from Santa immediately springs to mind. Not every Santa gift experience works out this way, though. Does Santa wrap presents sometimes? Sure. But sometimes he doesn’t. Parents need to know how to answer when their kids inevitably ask about what the heck Santa has been up to all year if he wasn’t busy wrapping gifts.

How Does Santa Decide Which Gifts To Wrap?

If your kid has ever woken up on Christmas morning to a brand new bike, shiny and unwrapped, parked right in front of the tree, surrounded by a mountain of wrapped gifts, this question has probably surfaced. The topic also comes up when kids return to school in January and find out that their best friend’s gifts were all wrapped in Paw Patrol wrapping paper, but theirs were simply stacked unwrapped under the tree.

Sometimes, Santa brings big gifts that are left unwrapped while other times, Santa brings other items that are wrapped with loving care and a giant, red bow on top. Like life itself, it’s a total crap shoot. But why? It’s the question kids love to ask over and over again when you try to convey the many mysteries of life and magic — like how some gifts from Santa come wrapped and others don’t.

Here’s the deal — it’s all really up to Santa. He decides whether or not gifts are wrapped, and if they are, how to wrap them. (But that doesn’t mean your kid won’t still ask plenty of questions.)

Though parents can sometimes use worldly methods to learn how to wrap oddly shaped gifts, they mainly do it because they have to hide the presents from their kids. Santa and his elves are magical. They don’t have to wrap presents to keep them out of sight. They just keep them all at the North Pole and clear of any wandering eyes until Christmas Eve when Santa delivers them.

Sometimes, Santa simply doesn’t have time to wrap each and every gift for each and every child around the world. He’s in charge of all the gifts, remember? If your child needs a reason why their gifts from Santa are left unwrapped some years and not others, this is an easy way to explain things so they can understand. Santa is just one person. Yes, he’s super magical, but he’s still just a single, solitary person, after all. (And so are you, by the way.)

When it comes to gifts from Santa that are wrapped, kids often ask if the big guy himself is the one who wrapped them. Then there’s the inevitable “what about the elves?” inquiry. Well, obviously the elves make the toys, but do they wrap them? Isn’t there a whole separate assembly line of elves standing by ready to wrap and roll as toys come through? So. Many. Questions.

Here are a few things you can say to your kids when they demand a specific answer as to why some gifts from Santa are wrapped and others aren’t:

The bottom line: It’s up to Santa whether or not he wraps certain gifts. Santa determines which gifts gets wrapped and which ones don’t. If Santa wants to wrap your kid’s gifts in shiny gold paper, that’s amazing. But if Santa stays up too late sipping eggnog with Mrs. Claus on Dec. 23 and just runs out of time to wrap gifts, so be it.

More Like This
30 Instagram Captions For Baby’s First Picture With Santa
How To Make Santa Footprints
How Many Elves Does Santa Have?
Christmas Wreath Inspo For Your Home’s Festive Decor