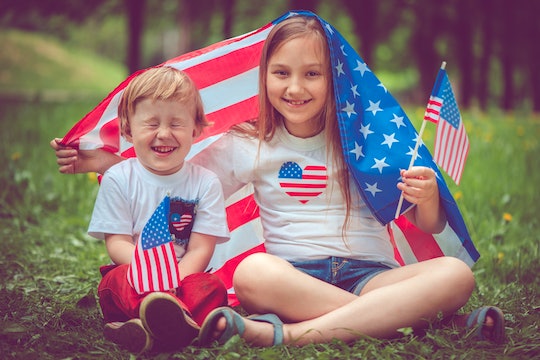 Grown-ups may groan, but these Independence Day jokes will get all LOLs from kids.

Sure, Independence Day celebrations often involve exciting events like pool parties and cookouts and fireworks shows. But there’s also a lot of downtime, too, like when you’re stuck in traffic or waiting for the next batch of hamburgers to get done. That’s the perfect time to break out some Fourth of July jokes that are kid-appropriate. Your kids will be so busy laughing (or rolling their eyes) that they won’t even have time to get too bored.

Like many other kid-friendly jokes using clean humor, these jokes about the Fourth of July rely heavily on puns, wordplay, and generally silly statements. You can read them aloud to younger kids, emphasizing the puns until you get a laugh. For slightly older kids, hand off the list and let them do their own standup set with goofy holiday jokes. (Honestly, this could become a cute tradition.)

There’s so much to enjoy about this holiday as a family, whether you’re looking forward to dressing the littles in adorable 4th of July outfits for kids or making red, white, and blue desserts together. But whenever you have a bit of time to fill, cracking some delightfully terrible jokes about the Fourth of July with your kiddos is another wonderful way to make the holiday memorable.

Whatever you get up to this Fourth of July, telling some punny jokes about Independence Day is one memorable way to help pass the time.