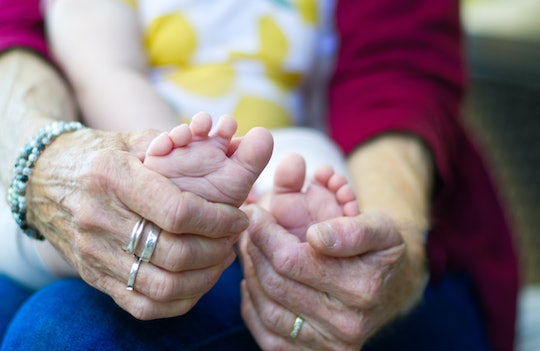 “I never agreed to a lifetime of raising their children.”

A 58-year-old grandmother recently took to Reddit to ask social media users if she was in the wrong for telling her daughter she didn’t want her to have a third child. The original poster is a retired teacher and a mother of two herself, and she and her husband agreed to offer full-time child care when her daughter welcomed her first child five years ago. “We agreed, but we didn't discuss much more than watching the baby and their expectations,” she explained on the sub-Reddit “Am I The A**hole” forum.

The grandmother explained that everything was going well, even after her daughter and son-in-law welcomed a second baby a year later, until all the lockdowns. “In 2020 during the lockdown, they were both working from home, they expected us to keep the kids all day, and we wanted to split time week since their preschool/daycare was closed. we settled on 2 with them and 3 with us and my SIL complained about it pretty much every day. Things got better when the kids were able to school.”

Now that the kids are in school, however, the Reddit user’s daughter and her husband have decided they would like a third baby. Which would mean several more years of full-time child care from the grandparents. “I asked her what her childcare plan was and she looked at me like I was crazy and said us! I said that it would have been nice if she told me this before trying for another baby, she said it is none of my business, I said it is if I'm providing 5 more years of babysitting!” The Reddit user does not want to do five more years of childcare, and her daughter insists that she is asking her to “choose between her dream of 3 kids and financial stability,” as the couple in question don’t pay the grandparents for child care. For her part, the grandmother wrote that she did not want to tell her daughter what to do with her body, but she did not agree “to a lifetime of raising their children.”

It’s not uncommon for grandparents to provide child care, of course, but full time, free child care for the foreseeable future is a bridge too far. Particularly in this care where the original poster’s daughter and son-in-law didn’t even think to check with them first.

Reddit users are firmly in this overworked grandmother’s corner. “OP THESE ARE YOUR GRANDCHILDREN, NOT YOUR CHILDREN. You have done enough!!! Please please please don’t get sucked into raising another child. Live your life! Enjoy your retirement! You deserve it!! Your daughter is responsible for making her own dreams come true, not you. She’s already been taking advantage of you for years, don’t let her do it anymore,” wrote one.

Another added, “Please look after yourself and establish boundaries with your selfish child and her entitled husband. Please enjoy the years you have of good health together with your husband by not allowing your daughter to entrap you into caring for a third child.”

Finally, this Reddit user noted that “the great thing about grandkids is you give them back to their parents,” and the original poster is being robbed of that joy.

It’s no secret that child care is expensive. And finding good, trustworthy care is easier said than done. And having a young, healthy grandmother willing to help with free child care, well most parents would be thanking their lucky stars.