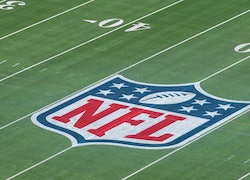 How Much Does The 2022 Super Bowl Ring Cost?

The stage is set for 2022’s Super Bowl 56 and this year the Cincinnati Bengals will face off against the Los Angeles Rams. For football fans, it’s another excuse to break out the Buffalo dip, but for the players, it’s a chance to compete for one of the most coveted prizes in sports: a Super Bowl ring. The epitome of bling, the Super Bowl ring is an over-the-top piece of jewelry. So how much does the 2022 Super Bowl 56 ring cost?

Well, let’s review past Super Bowl jewels. The Tampa Bay Buccaneers ring, won in 2021, was a 14 carat yellow and white gold ring featuring 319 diamonds and weighing in at 15 carats total, reports CBS Sports. So using that as a baseline and with the knowledge that the NFL typically pays for 150 rings for the winning team, according to KHOU-11 News, “at a total cost of roughly $5,000,000, depending on the fluctuating cost of gold and diamonds.”

The Buc’s rings were manufactured by Jason of Beverly Hills, ESPN reports. The appraisal value of that ring, according to the Tampa Bay Times, was $35,000. You know, the average cost of an American wedding.

Want to blind yourself looking at a catalog of past Super Bowl rings? The NFL has an entire gallery dedicated to just that. Take a spin through the gems while you consider who will win the prize this year.

Why Does The Super Bowl Ring Cost So Much?

Super Bowl rings cost so much because they are packed with high value gemstones and precious metals. Just consider that aforementioned Buc’s ring. It not only has 15 carats of white diamonds, but 14 carats of gold diamonds in addition to rubies all on a 14 carat gold band. But there’s one more detail that amps up its price tag: it also features an intricate cap that comes off exposing “a hand-engraved three-dimensional replica of the team’s home stadium”, according to the Robb Report.

Who Has The Most Super Bowl Rings?

This might be a no-brainer to some, but if you don’t know, recently retired quarterback Tom Brady holds the record for most Super Bowl wins/rings. His jewelry box contains seven Super Bowl rings — six with the New England Patriots and one with the Tampa Bay Buccaneers. Using the aforementioned figures, that means at minimum Brady is sitting on $245,000 worth of rings, but let’s be real, those are worth far, far more to the fanatics who cheered him on for 22 incredible seasons.

What Does The 2022 Super Bowl Ring Cost?

The rings aren’t produced until a winner has claimed victory, and then teams and fans will have to wait until they are distributed, a few months down the line. But, given the history Super Bowl ring production, it’s likely it will be in the $35K range.

But really, can you put a price on victory?

More Like This
Bright & Festive Nails To Rock On July 4th
Meet Your New Favorite Blazer(s)
Considering Getting A Tattoo While Pregnant? Here’s What To Know
AAP Says Kids Will Face "Grave Consequences" Now That Roe V. Wade Is Overturned