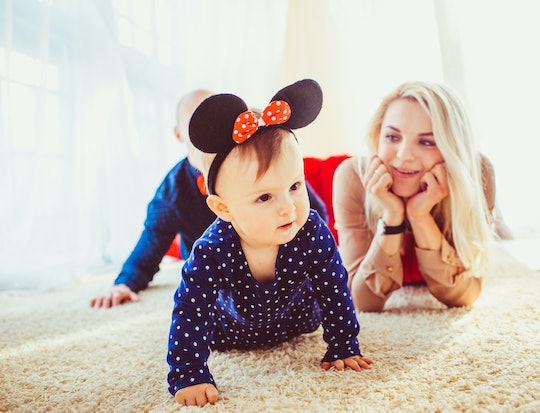 This Is How Old Minnie Mouse Actually Is

She looks pretty awesome for her age.

Cartoon characters never seem to age. They have a permanent place in our memory as being a specific age, or looking a certain way, and they never, ever appear to get older. Such is the case with Minnie Mouse, an ageless beauty if ever there was one. But if you’ve been wondering how old Minnie Mouse is, you might be surprised that Minnie is nothing less than a nonagenarian.

Minnie Mouse, officially known as Minerva “Minnie” Mouse, was one of the first cartoon characters created by Walt Disney himself. Minnie Mouse made her debut way back on November 28, 1928, in a short film called Steamboat Willie, according to Disney Fandom. But it’s not just Minnie’s acting debut; it’s Mickey Mouse’s too, since he was originally known as Steamboat Willie. In the short, Minnie is first seen running along the shore to catch up with Pegleg Pete’s boat — and her true love, Mickey Mouse (er, Steamboat Willie).

And that’s pretty impressive, considering that Minnie Mouse is a staggering 93 years-old. That’s right, the mighty mouse is a nonagenarian (that’s someone who is over 90 years-old to you and me). But how did she come up with her actual age? Technically, Minnie Mouse’s birthday is on November 18, 1928, the day that Steamboat Willie premiered, per Walt Disney.

This wasn’t the first time that Walt Disney decided to bestow a birthdate upon one of his characters, though. He did the same for Mickey Mouse, whom he claimed was born on October 1, 1928, stating, “That was the date on which his first picture was started, so we have allowed him to claim this day as his birthday." But then that date was ditched because it was felt that Steamboat Willie was Mickey Mouse’ first appearance, too, and therefore should be his birthday as well. And if you’re doing the math, that would mean that (you guessed it), both Mickey and Minnie Mouse have the same birthdate! Aww.

So if you’re thinking of getting a present for the plucky mouse, you might want to think of what someone in their 90s would like. But since it’s Minnie Mouse, the gift should consist of bows and polka dots galore. As the Grand Madame Mouse once said, “Life is too short to wear boring clothes.”