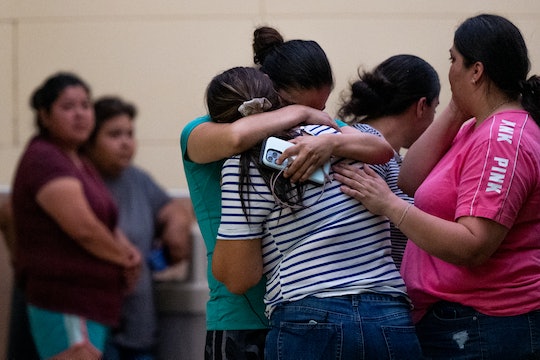 Funds have been set up to support the families of at least 19 children, two teachers, and survivors of the Texas elementary school shooting.

In light of the tragedy that occurred in Uvalde, Texas on May 24, organizations are stepping in and funds have been set up to assist the families and victims. Between monetary donations, resources, and more, here are a few ways to help families whose lives have been forever changed after a gunman opened fire at Robb Elementary School and killed 19 children and two teachers.

The Uvalde massacre occurred just 10 days after another gunman carried out what authorities have called a racially motivated attack at a grocery store in Buffalo, New York and killed 10 African Americans on May 14. The Texas school shooting is the deadliest in the state’s history and is the second deadliest mass shooting at an elementary school in the nation.

Families are “in mourning right now,” as Texas Gov. Greg Abbott told reporters, and need help during this unimaginable time. Here are a few places you can donate to right now.

The day after the shooting, Robb Elementary School released a pop-up message on its website announcing the Robb Elementary Memorial Fund for families of the school. The account was made at the First State Bank of Uvalde. To donate, checks can be made payable to the “Robb School Memorial Fund” and mailed to 200 E Nopal St. Uvalde, TX 78801. Zelle donations can also be sent to robbschoolmemorialfund@gmail.com.

Donate to all victims, survivors, and their families

GoFundMe pages have been set up for all of the victims, survivors and their families to assist in everything from funeral expenses to therapy. Nearly two dozen campaigns have been created. GoFundMe has collected all of them here.

VictimsFirst, a network of survivors and family members of those killed in past mass shootings, is collecting donations through GoFund Me. As of June 1, over $5.4 million has been raised for the victims and survivors of the Texas school shooting.

“We, VictimsFirst (a network of families of the deceased and survivors from over two decades of previous mass shootings) have started this fund to make sure that 100% of what is collected goes DIRECTLY to the victim base so the victims’ families and those wounded/injured are protected from fraud and exploitation,” the group says.

Donate directly to the community.

Uvalde business owners are also coming together to support the victims and their loved ones. For instance, Scripps reporter Thomas Huppough tweeted about the local business owner, Rosemary, the owner of Sunrise restaurant, who is donating meals to the victims' families, law enforcement and funeral homes. “She is working non-stop for the community she loves and is getting donations from all over the country and Canada,” Huppough tweeted.

If you are in the San Antonio area, hospitals are in need of blood as they treat victims and have asked the public for help. “If you are looking for ways to help, please consider donating blood. Your donation can help ensure we have supplies immediately available for the victims of this tragic shooting,” University Health said in a tweet. You can schedule an appointment to do so here.

South Texas Blood and Tissue in San Antonio is also in need of donations for victims who are still hospitalized. Appointments can be set by calling 210-731-5590. “We will continue to work with hospitals in the area to make blood available as it's needed and to rebuild their supply for other patients in need,” the organization said.

Children who survived the massacre now have to endure another battle, mentally. Many of the children have been left mentally traumatized by the shooting and, as BuzzFeed News reported, their parents are seeking help to get them the therapy services they need. GoFundMe pages for survivors such as Miah Cerrillo, 11, and Noah Orona, 10, have been set up to help the kids on their recovery journey.

“Noah endured a gunshot wound that will require physical and motor therapies, along with long term cognitive care for the mental trauma of the shooting,” Orona’s mother wrote on the GoFund Me page, which has raised over $172,000. “Your donation will be gratefully used to help him recover from the mental trauma that has left our little guy with trying to comprehend not only his wounds, but witnessing the suffering of his friends, classmates, and his beloved teachers.”

Donations are one big way to help families in Uvalde right now, but the fight to prevent tragedies like this from happening again is far from over.

More Like This
Robb Elementary School Is Set To Be Demolished After Deadly Shooting
This Map Illustrates Just How Many States Would Ban Abortion If Roe V. Wade Is Overturned
Elmo Talks About Getting His Covid Vaccine In A Cute New Video
Ketanji Brown Jackson Spoke Directly To Her Daughters In Her Powerful Opening Statement

This article was originally published on May 25, 2022