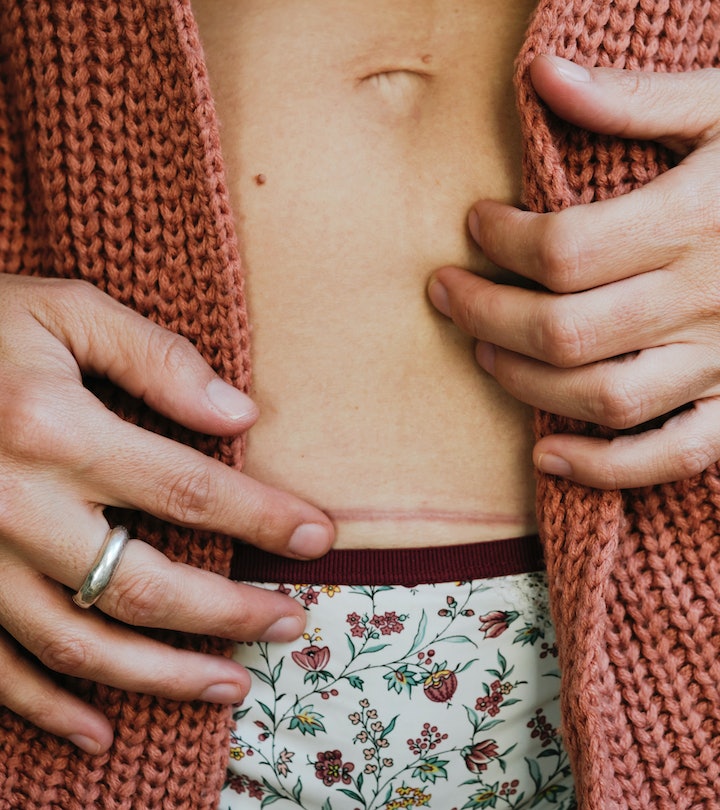 What To Expect After A Hysterectomy: Dos, Don’ts, & Tips To Heal

It’s a major surgery, but you’ll get through it.

Learning that you need a hysterectomy can bring out all the feelings. On one hand, maybe you’re excited to be getting rid of something in your body causing you pain or bad health. And hey, no more period stress! On the other hand, it’s a big operation, and surgeries can be scary. Some people worry about what the scarring will look like. Knowing what to expect after a hysterectomy can help you calm your nerves and make your recovery as smooth as possible.

Here, Romper speaks with two surgeons who perform hysterectomies day in and day out, and they share exactly what you can expect while recovering from a hysterectomy (including their best tips for healing quickly and comfortably).

People with uteruses might need a hysterectomy for a wide variety of reasons, like treating fibroids, cancer, or endometriosis, or as part of gender affirmation surgery. Your reason for needing the operation will dictate exactly what kind of hysterectomy you have.

There are also many ways the surgery can be performed. There’s the abdominal hysterectomy, performed through a C-section-like incision about 14 centimeters long just above the pubic hairline. It can be horizontal or vertical.

“In general, patients benefit from minimally invasive hysterectomies, which is anything but the abdominal type,” says Dr. Mary Ellen Wechter, MPH, gynecologist with North Florida Gynecology Specialists and Baptist Health. “The next type is a vaginal hysterectomy, which is the least invasive route. It’s done through the vagina with no incision on the belly. Then, laparoscopic hysterectomies are where there’s an incision in your belly button and about three to four other incisions on the belly and we operate using long, skinny instruments. And a robotic hysterectomy is an advanced technological version of a laparoscopic hysterectomy that allows a more delicate procedure.”

How long does it take for hysterectomy to heal?

Your recovery timeline depends on which type of hysterectomy you’ve had, experts say. “Open surgery typically requires four to six weeks of recovery. Laparoscopic and vaginal surgery typically require one to two weeks of recovery,” says Dr. Louise Perkins King, JD, OB-GYN at Brigham and Women’s Hospital and assistant professor at Harvard Medical School. “Minimally invasive surgery has a wide variety of responses, but typically you’re sent home the same day and are back to work in a maximum of two weeks.”

And how long can you expect it to take for your incision to heal? The skin may appear healed, but Wechter says the fascia below (the strong tissue layer that holds in your organs) takes about six weeks to repair itself. Lifting or straining before then could lead to a hernia through one of your incisions.

In the first couple of weeks, here’s how Wechter recommends you keep the surgical site clean: “The largest incision is generally in the belly button, and that’s the one that hurts the most and is most at-risk for hernia or infection because it's deep and dark. You can shower 24 hours after surgery, so I have folks take two Q-tips, rub them on a bar of Dial soap (because it’s antibacterial), and swirl it in the belly button to give it a good wash. Rinse it really well. It doesn't hurt to put ointment over the incision, like Neosporin or Vaseline even. It seems to help the skin edges migrate together.”

How long does pain last after a hysterectomy?

It’s natural to be nervous about pain post-surgery. If you have an open hysterectomy, you’ll stay in the hospital one or two nights so they can manage your pain levels. King and Wechter agree that patients who have minimally invasive procedures tend not to have much pain at all.

“Pain wise, most people need very little narcotics after surgery,” says Wechter. “The trick is to take pain medication like Tylenol and ibuprofen around the clock on a schedule for the first couple days. Maintaining pain control works way better than chasing pain that’s out of control. Set your timer and take them every six hours to stay on top of it.”

The pain gets better daily, Wechter says. “By the first week people feel pretty darn good. By three weeks, people have almost no pain. By six weeks, people are back to most of their normal activities.”

When can you have sex after hysterectomy?

If your doctor hasn’t told you yet, here’s the bad news: anyone recovering from a hysterectomy is going to have to take a few months’ sabbatical from any bedroom shenanigans. It’s for a good reason though.

“For most people, we have them avoid intercourse for six to 12 weeks,” says Wechter. “Hysterectomies that are complete, meaning we remove the uterus and cervix, have an incision in the vagina. I err on the side of 12 weeks because even if it should be healed, that area can take a lot of pressure during sex.”

Dos and don’ts after hysterectomy

If you don’t have a pal who’s been down this road and can give you some hysterectomy recovery tips, here’s the DL on getting through the next few weeks as comfortably as possible.

If at any time you notice anything strange about your incision, swelling around your legs, or have a sudden gush of fluid after intercourse, you should call your doctor right away. But rest assured, complications after a hysterectomy are very rare. Just get comfortable on that couch, queue up a new Netflix series, and let your body heal.

More Like This
I Took Drinking Out Of My Bedtime Ritual & Unfortunately, It's Great
Viral Hives In Children: What Doctors Want You To Know
Weed Moms Are Changing The Culture Around Marijuana
OB-GYNs Explain The Connection Between Stress & Miscarriage
What Parents Are Talking About — Delivered Straight To Your Inbox