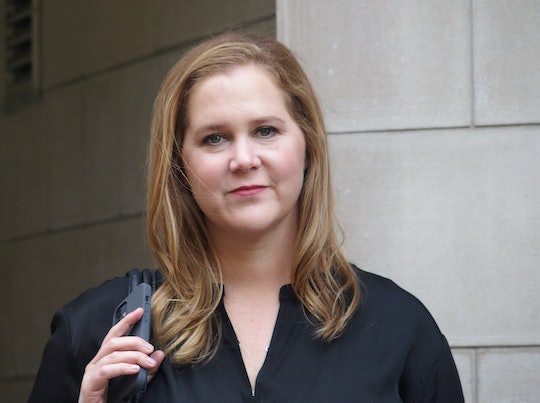 “I'm feeling really hopeful and I am really glad that I did it.”

Amy Schumer is feeling “hopeful” after undergoing surgery to treat her endometriosis. The 40-year-old actress, comedian, and mother of one revealed on Instagram over the weekend that she had her uterus and appendix removed.

“I'm feeling really hopeful and I am really glad that I did it, and I think it's going to change my life," the I Feel Pretty actress shared in a video of her on Instagram lying in a hospital bed.

“The doctor found 30 spots of endometriosis that he removed,” she added. “He removed my appendix because the endometriosis had attacked it.”

Endometriosis is a condition in which the tissue that lines the uterus grows starts to grow in other places such as the ovaries and fallopian tubes, according to the Centers for Disease Control and Prevention (CDC). The disorder often causes heavy painful periods, excessive bleeding, pain during sex, and can sometimes lead to complications with fertility, The Mayo Clinic explains.

“There was... a lot of blood in my uterus and I'm, you know, sore and I have some, like, gas pains,” Schumer said of how she was feeling, adding that she’s hoping to spread awareness about endometriosis.

“Woman are made to feel like they are just supposed to ‘tough it out’ but that is bullsh*t,” she wrote on Instagram. “We have a right to live pain free. Have you ever heard of endo?”

“Thank you so much for sharing your endo story. Over 200 million women worldwide suffer with this. Hope you feel better soon!” Padma Lakshmi, who also suffers from endometriosis and is the founder of Endometriosis Foundation of America, commented on her post.

“Honey. Had it. Endometriosis. The surgery. And decades of excruciating pain. Share the story!” Ali Wentworth wrote.

Glenn Close commented, “Thank you for sharing this. I hope you will be pain FREE. Life is too short and tough to have to tough it out! Feel better SOON.”

Schumer, who has a 2-year son named Gene with her husband Chris Fischer, previously shared the complications endometriosis caused during her pregnancy. “I was throwing up through the whole first hour of my C-section,” she shared during an interview on the Informed Pregnancy podcast. “It's supposed to take about an hour and a half or something but mine took over three hours because of my endometriosis.”

In 2020, Schumer underwent IVF treatments to have a second child, but decided to not to continue with the process. “We did IVF and IVF was really tough on me," Schumer told TODAY's Willie Geist in August 2020. “I don't think I could do IVF ever again.”

Schumer hopes she can use her own experience and platform to raise awareness. “I’m gonna try to share this story at some point to raise awareness because so many people don’t even know the word endometriosis,” she said on Instagram. “... It’s really painful and debilitating, and you don’t have to live with it. When I get a helpful female tidbit I like to pass it on to my sisters.”

More Like This
Can You Do Zumba While Pregnant? Experts Weigh In
Barack & Michelle Obama Shared The Most Adorable Baby Photos Of Malia On Her Birthday
Victoria Beckham Reflects On Being Forced To Weigh Herself On TV After Giving Birth
Megan Fox Explains Why She Asked Machine Gun Kelly If He Was Breastfed As A Baby