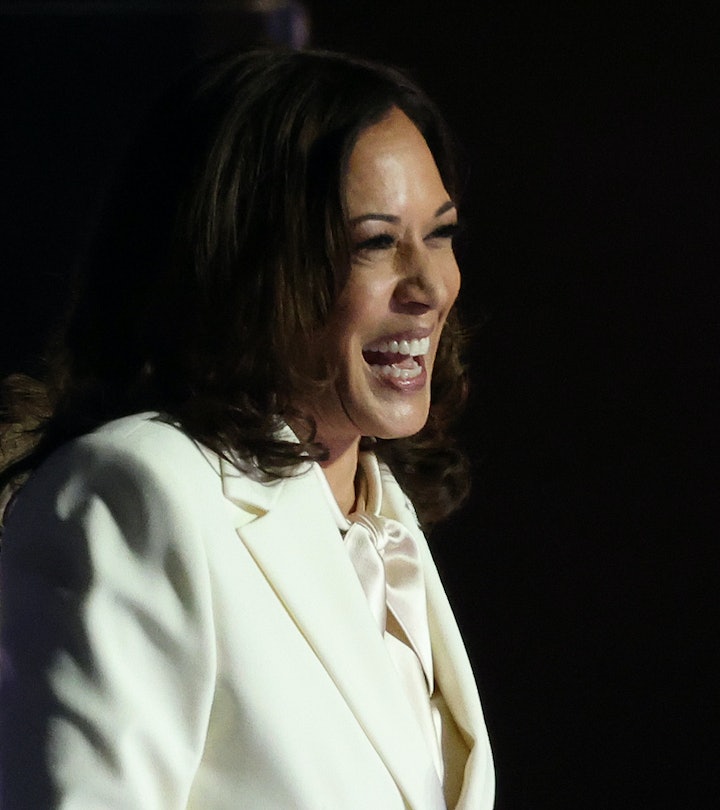 The political activist raised her daughter to take action.

The inauguration is just days away. The country is standing on the precipice, preparing to usher in a new administration. Preparing for change that millions of people are excited to bring about. Excited to see President-elect Joe Biden take office, and excited for his running mate whose tenure will be historic for a myriad of reasons. And as she prepares to become the first female, first Black, first Indian-American vice president in history, Vice President-elect Kamala Harris shared an inspiring quote from her mom, a woman who helped to shape the woman about to make history.

Harris' mother, breast cancer researcher Shyamala Gopalan Harris, was an immigrant who came to the United States alone at 19 years old, forged an impressive career for herself as a scientific researcher, and raised her two daughters Kamala and Maya largely on her own after she and their father Donald J. Harris divorced when the future vice president was 7 years old.

In an emotional Instagram post on Wednesday, Harris shared a series of photos of herself with her mother, who died in 2009, alongside a moving tribute to the woman who raised her. In that tribute she shared a quote that feels especially important as she prepares to take office: "My mother always used to say, 'don’t sit around and complain about things, do something.' I’ve tried to follow that advice every day and live by the example she set."

Kamala Harris' mom encouraged her to do something instead of complaining.

According to CNN, Harris wrote in her 2019 autobiography The Truths We Hold that being a person who takes action was ingrained in her mother from her own parents. "My mother had been raised in a household where political activism and civic leadership came naturally," she wrote. "From both of my grandparents, my mother developed a keen political consciousness. She was conscious of history, conscious of struggle, conscious of inequities. She was born with a sense of justice imprinted on her soul."

She passed this passion for making a difference in the world along to her daughter through her own example and through her words. In 2019, Harris shared one more of her mother's other inspiring quotes, "Kamala, you may be the first to do many things, but make sure you're not the last." Words Harris seems to have taken to heart when she tweeted on Tuesday, "In eight days we’ll show every child in America — regardless of their color or gender — that there are no limits to who can lead and hold positions of power in our country."

How proud Shyamala Gopalan Harris would have been to see how far her daughter has come. And how far she has yet to go.