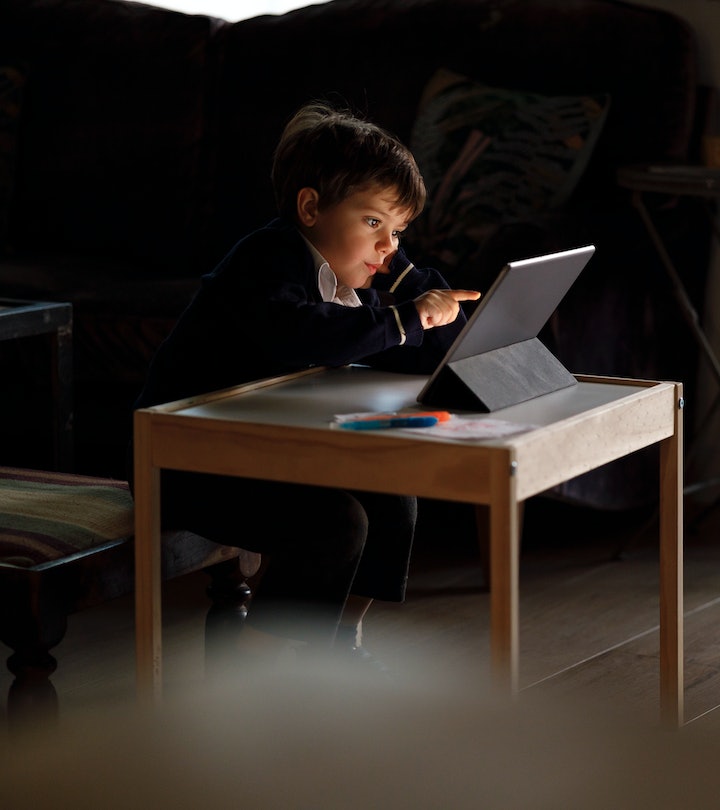 New Study Confirms That Yes, Kids Do Act Out More During Distance Learning

A new Harvard study found that kids act out more during distance learning than they would in a classroom, which probably comes as a surprise to almost no one. Still, it’s rather comforting to have your own observations confirmed. Yes, your kid is misbehaving during distance learning in a way that feels out of character. But at least now you know everyone else’s kid is doing the same.

I say again; teachers deserve all of the medals everywhere.

The study looked at the behavioral changes and school learning format during Covid-19. Approximately 400 families took part in the study, where individual children were followed over time to see how their behavior or habits might have changed in conjunction with the advent of distance learning rather than being in class. And the results were not terribly shocking; Stephanie Jones, Harvard researcher and co-director of the Saul Zaentz Early Education Initiative, said: “We found that their behavioral health was worse while they were in remote learning as compared to when they were in in-person or hybrid learning.”

Jones went on to note that remote learning was not necessarily the reason behind a change in behavior in kids. “Rather it is likely a result of the instability and uncertainty that comes with remote learning, the stress it poses for families, and anxiety tied to the broader public health conditions that coincide with remote learning,” she told Ed Source.

Certainly parents and educators have been noticing a difference in behavior since the outset of the pandemic introduced distance learning to millions of children. “Most children are learning from home for the first time in their lives, bringing up new relational challenges for parents and children regardless of age,” says Beth Tyson, MA, a psychotherapist and childhood trauma consultant, explained to Romper in September 2020. “Adults are struggling with the frustration of meeting their children's emotional needs while also keeping them on track academically.”

After two years of dealing with remote learning, it’s kind of difficult to blame kids for acting out. So many of them are burnt out, exhausted, and ready for a break.

Just like their parents. Here’s hoping it gets easier.