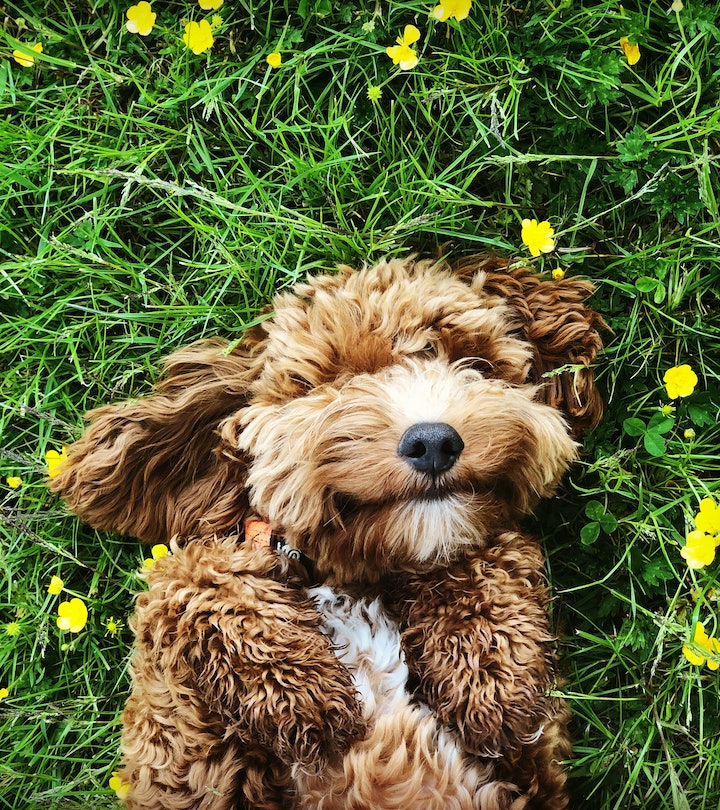 Everything You Need To Know About Lyme Disease In Dogs

From prevention to treatment.

If you’re a parent to humans, dogs, or both, there’s lots of safety-related things to think about during the summer. (In fact, sometimes it feels like summer is less fun than it used to be.) If you’re at the beach, it’s getting everyone to put on sunblock and stay safe in the water. If you’re in the woods, Lyme disease is definitely something you have to be aware of. Lyme disease in dogs might be far down on your list of summer worries. But, your family’s loyal dog companion does indeed need some help from you to keep him or her free of ticks and the Lyme disease they can carry.

The possibility of Lyme disease in dogs is particularly important to be aware of if your family’s summer road trip takes you to the East coast, upper Midwest states, or West coast, since Lyme disease is most prevalent in those areas. Some of the prevention tips that work for humans — wearing long sleeves, for instance— aren’t really applicable for dogs. That doesn’t mean there’s nothing to be done, though. Two experts explain how to help your dog avoid getting Lyme disease, and what to do if they come down with it.

What is Lyme disease?

Lyme disease is the most commonly reported of the tick-borne diseases, according to the Centers for Disease Control and Prevention (CDC). It is caused by a spiral shaped bacteria called Borrelia burgdorferi and less often Borrelia mayonii, and is spread by the bite of a tick, says Dana Mordue, Ph.D, an infectious disease specialist and professor at New York Medical College. In humans, Mordue explains, symptoms can include fever, tiredness, headache, and joint pain, and often a rash called an “erythema migrans (EM).”

How do dogs get Lyme disease?

Dogs get Lyme disease in the same way humans do —from having the misfortune of being bitten by an infected tick. “People do not transmit Lyme disease to one another, and transmission does not occur between dogs and humans. However, a dog can carry an infected tick into a household and the tick can bite a family member and spread infection,” Mordue explains. If you find out someone in your household — including your dog — has Lyme disease, it’s worth figuring out if it could have spread, even it’s not able to pass directly from you to your dog without an intermediary tick in between.

That doesn’t mean there’s nothing to do to prevent your dog from getting Lyme disease. “The best way to protect pets from Lyme disease is to take preventive measures to reduce the chance of contracting the disease,” Dr. José Arce, President of the American Veterinary Medical Association (AVMA), tells Romper via email. He shares the following list of prevention tips for families to prevent Lyme disease in dogs:

What are symptoms of Lyme disease in dogs?

Again, the overlap between how this disease presents in humans and in dogs is pretty strong. Dogs with Lyme disease typically present with “fever, loss of appetite, joint swelling, decreased activity,” Arce tells Romper. A dog with Lyme disease may have inflamed joints, which could cause the dog to limp or favor one limb or another. An unfortunately, just because you haven’t seen any of those symptoms a few weeks after your forest outing doesn’t necessarily mean that you’re in the clear as “pets infected with Lyme disease may not show any signs for 2-5 months.” notes Arce.

How do you treat Lyme disease in a dog?

Though there are preventive Lyme disease vaccines available for dogs, they aren't necessarily recommended for every dog, Arce explains. He urges pet owners to “consult your veterinarian to see if the vaccination makes sense for your pets. If your veterinarian does recommend that your dog be vaccinated against Lyme disease, the typical protocol will involve an initial vaccination followed by a booster 2-4 weeks later and annual boosters after that.”

With some prevention and a little vigilance after any hiking or camping trips, you and all members of your family — both dog and human — can have a safe, tick-free summer.