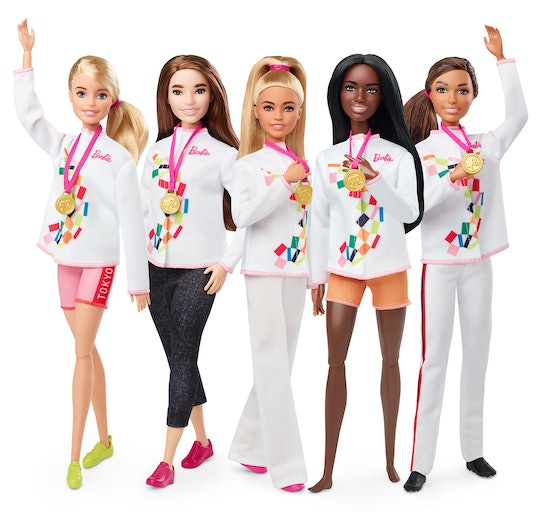 “Our intention to represent the Asian community with the Skateboarder doll fell short and we fully receive and recognize the feedback.”

Mattel has responded after its new collection for the Tokyo 2020 Olympic Games, which included Black, white, and Latina representation, did not include a visibly Asian doll. As a result, the company received massive backlash on social media, with some accusing Mattel of erasing the ethnic group from their contributions to the Games, including its part as the host country.

The new collection commemorates several sports — baseball/softball, sport climbing, karate, skateboarding, and surfing — but perhaps not the key figures who excelled in them. For example, Sunisa Lee, the Olympic gymnast who won the women’s gymnastics all-around championship, is one of many missing elements pointed out by critics.

“Sunisa Lee won a whole gold medal and the Olympics was in a whole Tokyo..the under-representation of Asians gotta stop,” one critic tweeted.

Macomb County Commissioner and Hmong refugee Mai Xiong tweeted, “I won’t be buying Barbie dolls for my two girls. No representation whatsoever. @Mattel needs to hire @sunisalee_ to be their spokesperson STAT.”

Another tweeter called the collection a “major failure,” tweeting: “Where is the doll that looks Asian? Especially Olympic 2020 is taking place in Japan which is an Asian country. @Mattel this is a disaster, whether it’s accidental or intentional.”

In a statement to Romper, a Mattel spokesperson said the lack of visible Asian representation was not intentional, but the company’s intent to represent the community “fell short.”

“Fostering a more inclusive world is at the heart of our brand and we strive to reflect that in our Barbie product line,” Mattel said in a statement to Romper. “With our Barbie Olympic Games Tokyo 2020 dolls, we celebrate a range of athletes to inspire kids to find their athlete within. However, our intention to represent the Asian community with the Skateboarder doll fell short and we fully receive and recognize the feedback.”

“Moving forward, we will work to find more ways to champion all representation and celebrate the amazing achievements of all Olympic athletes, who are showing us that anything is possible,” the statement added.

The company collaborated last year with the International Olympic Committee and Tokyo 2020 organizers to create the line that would highlight “inclusivity and innovation,” according to a 2020 press release. “Tokyo 2020 is a monumental event that brings the world together through sport and inspires fans of all ages,” Janet Hsu, chief franchise officer of Mattel, said in the press release. “The Mattel Tokyo 2020 Collection honors these sports and inspires a new generation through the Olympic spirit and outstanding athletic tradition.”

Mattel’s recent lines of diversified Barbies have been very popular and celebrated. Prior to the Tokyo Olympics opening ceremony, a Barbie modeled in the likeness of Japanese tennis player Naomi Osaka was released and sold out within hours. Also, a #ThankYouHeroes series honoring real-life female frontline workers of the Covid-19 pandemic was recently unveiled. For every sale of each eligible Barbie doctor, nurse and paramedic doll sold at Target, $5 will be donated to the First Responders Children’s Foundation.