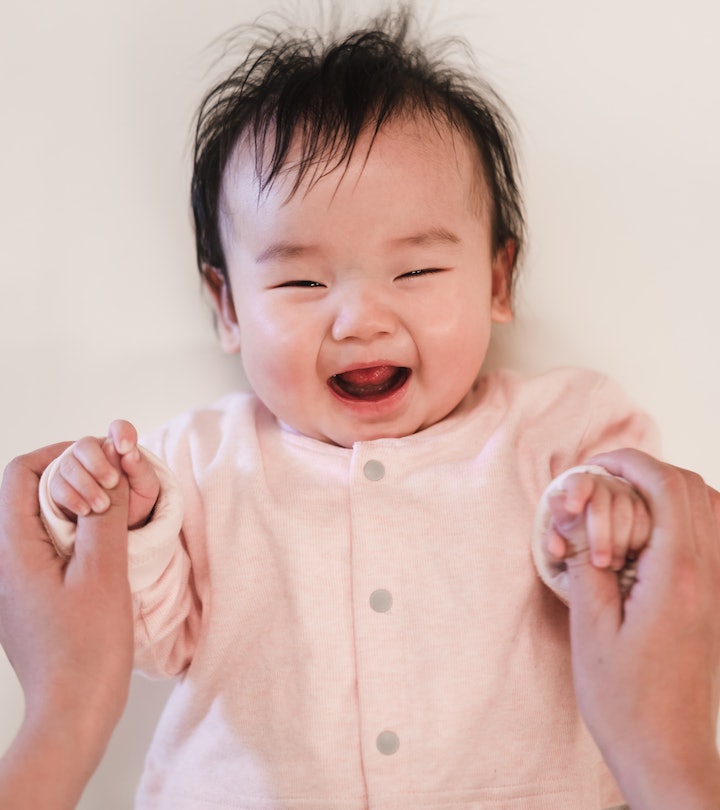 These Baby Names Could Be The Most Popular Of 2021

Chrissy Teigen may have even helped inspire a few parents-to-be!

Although the year is far from being over, the world’s largest online baby name database has already noticed there are a few names trending in the United States. From the name of a classic Disney princess to Chrissy Teigen’s daughter, these are expected to be the most popular baby names for 2021 in the United States.

The popularity of Luna and Silas is hardly surprising. Both are names popular celebrity couples bestowed upon their children. In 2016, Teigen and John Legend welcomed a daughter whom they named Luna Simone. And in 2015, Jessica Biel and Justin Timberlake welcomed their first child, a son they named Silas. But the name Luna wasn’t the only choice Teigen and Legend had in mind. In 2019, Teigen revealed they actually hadn’t even thought of the name Luna until two days after their daughter was born. "It was about to be a red moon and the sky was incredible," Teigen said when asked what inspired her daughter’s name during a Q&A over Twitter. "I always had a different name in my mind, though."

For #2 on Nameberry’s list of most-viewed baby girl names in the United States, the name Maeve means “intoxicating” and has origins in Irish and Gaelic culture. It’s followed by the name Aurora, which Disney fans will likely recognize as the fictional name given to the princess in the 1959 animated film Sleeping Beauty. According to Nameberry, Aurora has been a popular baby name since the 19th Century but has recently risen in the ranks to become very, very popular. It’s of Latin origin and means “dawn.”

The fourth most popular girl name for babies born in the United States is Isla, a name with both Scottish and Spanish origins. Famous Islas include actresses Isla Fisher and Queen Elizabeth’s great-granddaughter Isla Elizabeth Phillips. Closing out the list of the top five most-viewed girl names is Aurelia, a name of Latin origin that means "the golden one."

For curious or expectant parents in the United States, Atticus — a name anyone who’s read Harper Lee’s classic novel To Catch a Mocking Bird will instantly recognize — follows Silas as the second most popular baby name for boys. It has a Greek, Latin origin and means “from Attica,” a reference to the region of ancient Greek that Athens was located in. It has reportedly remained a favorite among Nameberry users since 2004.

Arlo comes in third on Nameberry’s list of the United States’ most popular 2021 baby boy names, followed by Theodore and Finn. While the popularity of the name Finn has risen in recent years — possibly because of Cory Monteith’s character on Glee — Arlo and Theodore are both names bestowed on famous people, specifically folk singer Arlo Guthrie and former President Theodore Roosevelt.

While these names are popular now, only time will tell if these 10 names continue to be favored by U.S. parents in 2021.