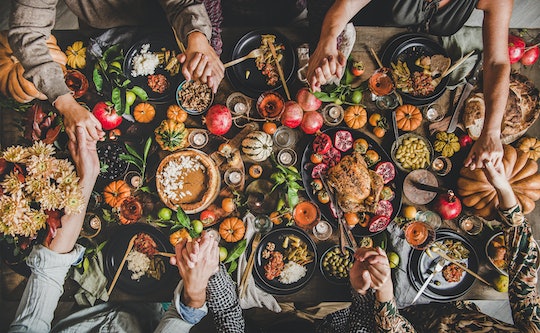 Here Are The Most Popular Thanksgiving Sides In Every State

With Thanksgiving around the corner, now is the time to start thinking about which side dishes will join that juicy turkey on the table. But that decision may all gobble down to where you live, according to new data on the most popular Thanksgiving side dishes by state compiled by career site Zippia.

Over in Oregon, folks appear to love some warm biscuits, while those in Missouri, Oklahoma, Utah, and West Virginia like rolls on the table. Macaroni and cheese appears to be a favorite along the east coast, including the Carolinas.

Despite their notoriety for lobster, Maine apparently says no to claws and yes to side salads for their Thanksgiving dinners. Floridians love their sweet potato casseroles and dressing is the law of the land in Alabama. Over in The Bayou State, expect some kind of creole/cajun cornbread dressing on the table.

New Hampshire was the only state where cranberry sauce was a must-have at the table. And another appealing dish came from The Hoosier State of Indiana — deviled eggs.

To make these calls, Zippia examined the month of November 2019 to see what people were looking for to prep for last Thanksgiving. "Traffic for most Thanksgiving sides skyrockets on Thanksgiving day," Zippia wrote in its report. "Turns out, when you’re googling 'how to make mashed potatoes,' so [is] most of America."

But just because you're in certain states where a specific dish seems to reign supreme, at least in Google searches, don't limit yourself on the array of side dishes you and your family could whip up together for the holidays, during a safe, socially distanced small gathering, of course. And while you're cooking, don't forget to turn on A Charlie Brown Thanksgiving.