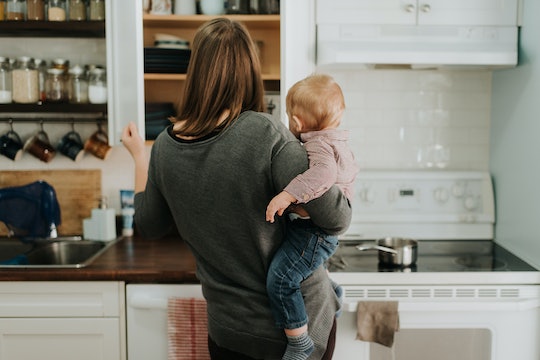 Most of us have probably been babysitters who have been stuck doing little extras for our employers at some point in our lives. Making dinner, extra kids in the house, homework help, whatever. But what do you think you would have charged for all of those little extra tasks if given the option? Well, one nanny knows exactly what she would charge and her price list has gone viral on Reddit.

A mom of one recently took to the sub-Reddit group r/Nanny, which answers questions about standards and etiquette in the field, to ask about her new nanny. The Reddit user, u/PlutoIsMyDog1, had hired the nanny to help care for her 7-month-old son and so far things were going quite well. Apart from one problem — the way this nanny handles what the mom calls “atypical duties.” Things like signing for deliveries, opening the garage door for the dog when he comes back from daycare, and preheating the oven occasionally.

“She said that would be fine, for an additional fee,” the mom wrote on Reddit. “We asked her if she would like us to increase her hourly rate, and she said no. She said she’ll see how it goes and then decide how much compensation she would like for these tasks.”

After two weeks, the nanny sent an invoice for each item: $5 for every time she let the dog in, $5 for putting the dog’s food on the floor, $8 to sign for a package, and $10 to preheat the oven.

While the original poster didn’t argue these charges, it seems other people in her life said it was not a regular practice for nannies. And so she asked nannies themselves on Reddit, who had all sorts of answers.

“It is common for parents to add $1-10 (maybe $1-5) to the hourly rate if they are asking the nanny to do light household chores like dishes, laundry, vacuuming,” one nanny commented on the post. “I wouldn't consider any of the tasks you mentioned cause to charge more as most of then only take a few seconds to complete.”

“I think nannies should be fairly compensated for thing like housework and what not, but checking to see if the garage door was open, signing for packages, and turning on an oven? That seems wild to me,” another wrote. “Even the dog stuff seems out of it, because it’s not like you are asking her to walk him/care for him, which I would assume I would be charged for.”

Several nannies, however, made it clear that they did not agree with how this nanny was operating. “I’ve been a nanny for 18 years and I’ve never heard of this,” wrote one. Another thought the mom should look for someone else. “Ten dollars for walking over to the oven twice and turning it on for the desired temperature?! I don’t think any of the things she did deserves more money,” they commented. “These aren’t even tasks either, in my opinion. I’d let her go and find someone else.”

The average salary for a nanny is $19.72 per hour, according to Indeed, and the general consensus from the nannies on Reddit appears to be that this mom should simply offer her a bit of a pay raise for these small extra duties.

At the end of the day, nannies and caregivers of course need to be properly compensated for their work, and no parent should be taking advantage. But $10 for preheating an oven does feel a bit steep.

More Like This
Parents Who Ran Marathon With 6-Year-Old Share Statement After CPS Visit
Reddit Is Stunned By Mother-In-Law Trying To Breastfeed Her Granddaughter
My Nanny Showed Me How To Be A Mother
Amanda Gorman Spoke The Truth In Powerful, Viral Poem After Texas School Shooting