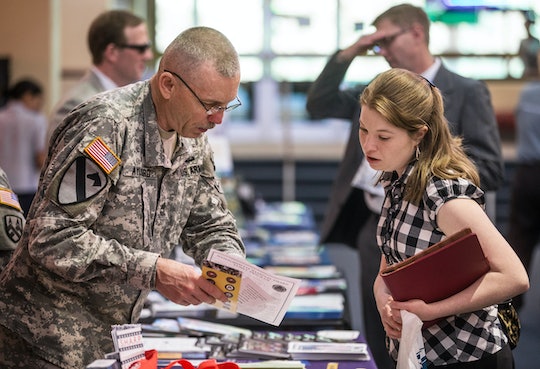 More than 60 schools were closed after the winter break.

The teacher shortage in this country was bad before Covid-19 hit, with so many young people deciding against going into a career with historically poor wages and frequently difficult working conditions. The pandemic made everything so much worse. Particularly when it comes to filling substitute teaching positions. In fact, it’s gotten so bad that members of the National Guard in the state of New Mexico have stepped in to help out in the classroom, many of whom have no teaching experience whatsoever.

New Mexico Gov. Michelle Lujan Grisham put out a statement in January asking state workers and National Guard members to volunteer as substitute teachers in classrooms across the state. “Our schools are a critical source of stability for our kids – we know they learn better in the classroom and thrive among their peers,” Gov. Grisham said in a statement. “Our kids, our teachers and our parents deserve as much stability as we can provide during this time of uncertainty, and the state stands ready to help keep kids in the classroom, parents able to go to work and teachers able to fully focus on the critical work they do every single day in educating the next generation.”

Since Gov. Grisham’s request, 78 National Guard members have answered the call and stepped in to the classroom.

One of those National Guard members includes 25-year-old Austin Alt, who has no experience teaching but told NPR he wanted to help after he noticed his younger siblings having a tough time with remote learning. “The online stuff just doesn't get to them correctly,” Alt told NPR. “And as well, people may have to leave children at home, like — alone. Like, that's not the safe thing to do."

More than 60 schools across New Mexico have switched to remote learning since the winter break after staff members tested positive for Covid-19, and New Mexico Public Education Secretary Kurt Steinhaus explained in a statement in January that there was one especially critical issue keeping schools from reopening, “We've heard from multiple districts that a lack of substitute teachers is among the most critical staffing issues right now.”

Now National Guard members have stepped in. The reservists will be unarmed and each school will decide if they will wear civilian clothes or uniforms. Steinhaus called this solution a “crisis measure” that is particularly helpful for kids who might otherwise be left home alone, “some kids, family is not stable, but school is stable. There's a person they can depend on, there's food. And in many of our schools, it's breakfast and lunch,” per NPR.

While this crisis measure might help in the short term, hopefully the broader issue of teacher shortages will be addressed in the very near future.

More Like This
How Title IX Changed The World For Girls
Ketanji Brown Jackson Spoke Directly To Her Daughters In Her Powerful Opening Statement
Robb Elementary School Is Set To Be Demolished After Deadly Shooting
Can States Ban The Abortion Pill? FDA Rules May Make That Hard