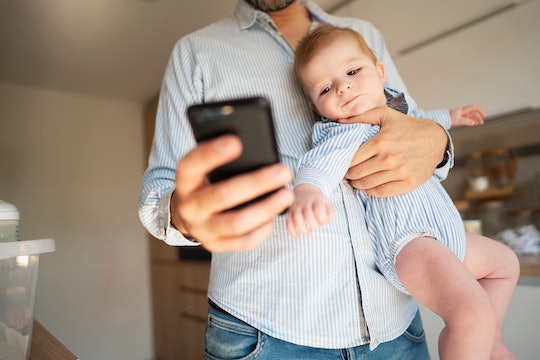 Honestly, I thought it’d be more..

If you feel like you’ve been co-parenting with Google in your baby’s first year, you are definitely not alone. Especially if you’ve been hitting that search engine harder than you might have expected. A survey of 2,000 parents with children under 2 years of age found that these new parents Google baby questions around six times a day on average. This amounts to around 2,000 questions searched on Google about babies in that first year, and to be honest I’m in awe of that level of restraint.

A survey conducted by OnePoll on behalf of CeraVe found that new parents were reaching out to Google around 2,000 times in that first year alone. The questions these parents were asking the most tended to be about which baby products were recommended by experts and how to take care of skin conditions like diaper rash, both at 43%. Parents also looked up questions about feeding their baby (40%), why their baby might be crying (38%), and why their baby isn’t sleeping (37%). Babies are little mysteries who take up their parents’ entire world, after all, and 38% of parents surveyed admitted they were surprised by how little they actually knew about caring for a newborn in that first year.

All of the uncertainty and fear of getting it wrong in that first year is a lot, and 71% of parents who took part in the survey admitted that they relied heavily on parenting experts to help them get through. Google, of course, but parents also called their own parents an average of 56 times in that first year, as well as reaching out to medical experts 67 times. They also spent an average of 1,600 hours holding their baby and struggled through 77 sleepless nights, so no wonder they’re reaching out for help.

While the first year of parenting can be difficult, two-thirds of those surveyed considered becoming a parent their greatest life achievement. Parents especially enjoyed rituals with their babies like putting lotion on them (42%), holding them (39%), and taking their picture (38%).

That first year of your baby’s life is a real rollercoaster, and looking back on it, 47% of parents wish they could tell themselves that they were doing a better job than they realized.

At least they had Google to guide them. We’d all be lost without it.