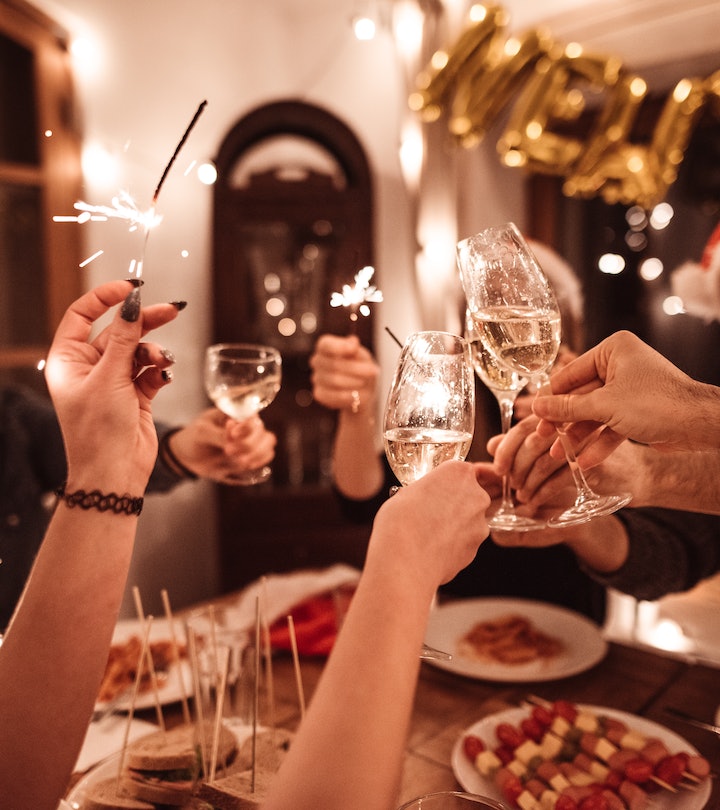 The Times Square ball is even bigger than you think.

Your family probably has a few New Year’s traditions you look forward to each year, like watching the ball drop in Times Square, toasting with champagne, and lighting a few fireworks and sparklers to celebrate. But have you ever considered why those traditions exist, or how other cultures ring in a brand new year? If you want to come up with the perfect party game, or just keep a few conversation starters in mind for mingling on NYE, this New Year’s trivia will come in pretty handy.

There’s plenty to be said about this holiday without having to delve too far into ancient history or the entertainment archives. This New Year’s trivia would be perfect to ask around the dinner table with all ages.

If your friends are family are into all things entertainment, don’t be afraid to get a little more specific with your trivia questions and answers. Also, expect everyone to immediately take out their phones and pull up the livestream of a certain song mentioned below.

Each year, millions of people tune in to watch the ball drop in Times Square. Whether you’re watching it at home or huddling around the TV at a party to catch a glimpse, it’s a tradition in most people’s New Year’s Eve celebrations. So, why not brush up on some fun facts all about the ball?

New Year’s trivia on celebrations around the world

Just like the interesting, unique Christmas traditions celebrated elsewhere in the world (Australians spend the day at the beach), there are lots of countries and cultures who do NYE a little differently. After this round, you might be inspired to add some of these customs to your own celebrations.

Wondering where it all started? New Year’s celebrations date back even further than you might think, and the holiday has had plenty of changes and historical moments happen since then.

However you plan to celebrate NYE this year, knowing a few fun facts will help you break the ice at a work party or make your kids laugh while waiting for midnight.