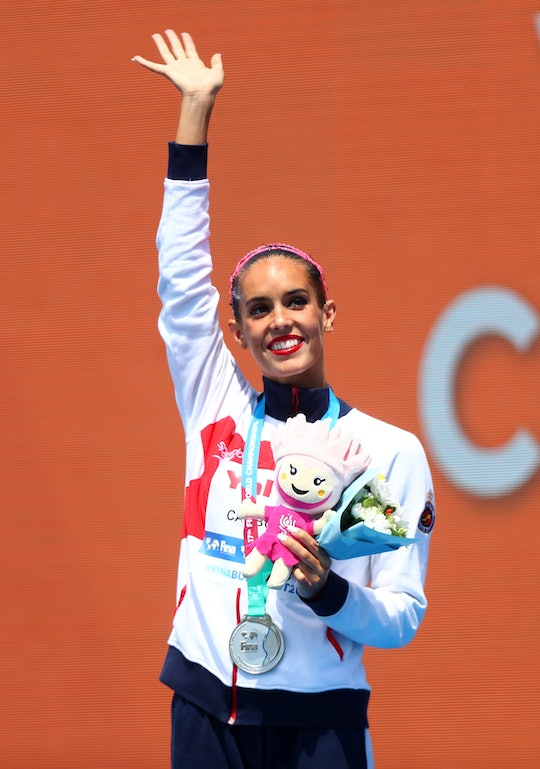 “Personally I can't accept these conditions.”

Ona Carbonell had to make a difficult choice ahead of the Tokyo Olympics. In order for the Spanish synchronized swimmer to compete in the Summer Games, she decided that leaving her breastfeeding baby at home with her husband was the only feasible option. While her nearly 1-year-old son Kai could have technically come to Tokyo with her, she explained in an Instagram post that they would face too many obstacles, including having to quarantine separately for 20 days.

“Despite the appearance of some news suggesting the possibility that we athletes could travel to the Tokyo Olympic Games accompanied by our infants or young children, we have been informed by the organizing entities of some extremely drastic measures that make this option impossible for me,” she wrote. “After receiving countless expressions of support and encouragement to go to Tokyo with Kai, I wanted to express my disappointment and disillusionment that I will finally have to travel without him.”

After facing backlash about its stance on spectators, including friends and family, the International Olympic Committee announced in late June that breastfeeding athletes mothers could bring their children. “After careful consideration of the unique situation facing athletes with nursing children, we are pleased to confirm that, when necessary, nursing children will be able to accompany athletes to Japan,” the committee said in a statement.

Even so, the Tokyo 2020 Organizing Committee still has restrictions in place due to the Covid-19 pandemic. Nursing babies are expected to stay at an off-site, approved hotel to quarantine, as Cardonell noted in an Instagram video accompanying her post, meaning athletes would have to leave the Olympic village to feed their babies.

“They wouldn't be allowed to leave the hotel room during the 20ish days I'd be in Tokyo,” she said. “For me to go and breastfeed Kai whenever he needs it during the day I would have to leave the Olympic [village], the team's bubble, and go to the hotel, risking my team's health.”

A breastfeeding mom left her baby behind for the Olympics.

“Personally I can't accept these conditions. I won't be OK, I would have to use the breast pump for 20 days hoping that Kai still wants to be breastfed, something which is very important for me,” Cardonell added.

Carbonell is not the only breastfeeding Olympian who has expressed frustration over the current situation. U.S. Olympic marathoner Aliphine Tuliamuk shared her concerns about leaving her baby daughter behind in an Instagram post in June, while Canadian Olympic basketball player Kimberly Gaucher said in a similar Instagram video that she felt she was “being forced to decide between being a breastfeeding mom or an Olympic athlete. I can’t have them both.”

For Carbonell, she said waiting for the pandemic to pass is the only option. “Our only possibility is to wait for the end of this pandemic so that normality returns,” she wrote on Instagram, “and with it the necessary measures so that the reconciliation of motherhood and elite sport is no longer something extraordinary and practically impossible to carry out.”