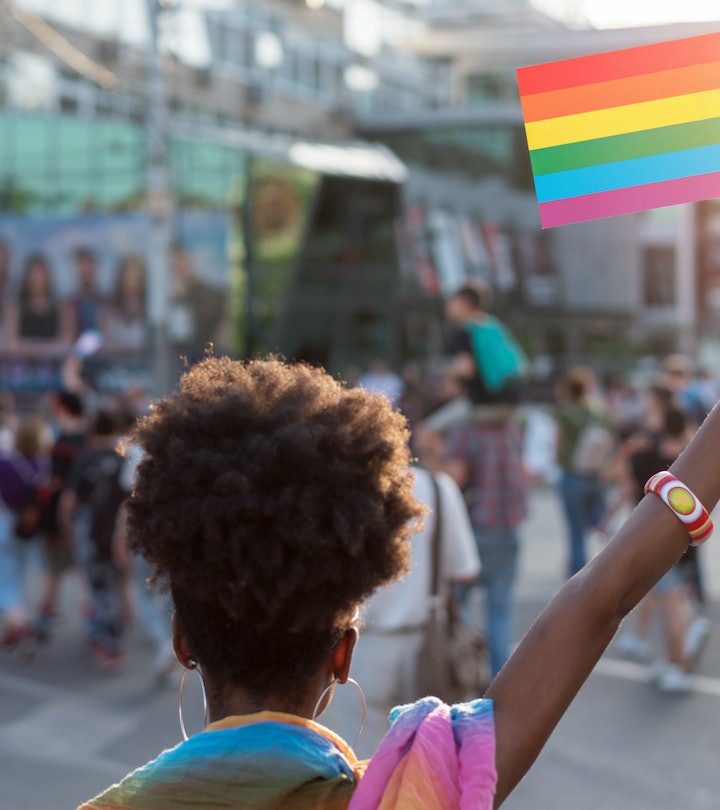 25 Pride Quotes About Being Happy & Supportive

Whether you need one to share with a friend or to write on social media, there’s something here.

There is power in words, in quotes, and the eloquence of others. When LGBTQIAP+ people and allies speak about our history, our joy, our fraught existence, there is within those letters an entire oral tradition that elevates language into something more. These short notes, these quotes for Pride should be remembered like a melody, kept in our hearts and minds, and shared with others.

And yet, because of persecution and queer erasure, so many of our words are at risk of being lost or forgotten. People assume that because we can get married and serve in the American military, that full parity has been met, and we live in some society where all things are equal. Queer people know this isn’t true. Just because TikTok has a legion of straight women convinced they’re just a little bit more bisexual than they thought before downloading the app and falling in love with bread-baking lesbians, doesn’t mean the fight is over. (But we’re not saying they’re not our secret weapon, because honestly, carbs work.)

Remember these quotes, fellow queers and allies — print them out. Make them into your laptop’s wallpaper, whatever. Just etch them on your heart.