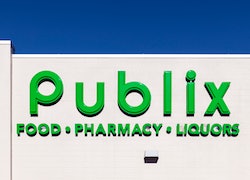 You can even get some apps and adult beverages while you’re at it.

It’s been a year, hasn’t it? And with a few months into the school year done (and a whole host of holidays, too), you might be burnt out right about now. So if the thought of turning on your oven to whip up yet another huge holiday meal makes you want to crawl back into your bed, you’re not alone. If you live near a Publix supermarket, though, you can pick up apps, alcohol, sides — even a whole feast that took nothing more than to order and heat up. But what are Publix’s New Year’s Eve and New Year’s Day store hours? They can help you start the New Year on the right foot.

It’s a universal truth: No matter how much planning you do to pull off your ideal version of New Year’s, you’re going to need something at some point during the day. Maybe an extra guest is coming over to watch the ball drop and you have to get another bottle of bubbly, or the picky eater in the family loudly proclaims that they won’t eat any of the apps that you’ve been preparing. So if you need to hit a supermarket on December 31, Publix should be your action plan because the store is open on New Year’s Eve 2022. Even better than that, Publix’s New Year’s Eve hours are pretty generous, since the store will be closing at 9 p.m. — only an hour earlier than its normal closing time of 10 p.m.

If you’re up early on January 1 (which will probably happen since, you know, kids), the New Year will be right there to greet you with the gift of an open supermarket. That’s right, some Publix supermarkets will open their doors bright and early on New Year’s Day 2023 at their normal starting time of 7 a.m. And that’s great, since you never realize that you’re out of an essential item (like eggs or milk) until right before you need it. That said, Publix’s New Year’s Day hours are only from 7 a.m. – 7 p.m., but this varies from store to store so call ahead to see what time they’re open until. And while the grocery section of Publix might be open on New Year’s Day, their pharmacies aren’t. So if you need to pick up a prescription, it will have to wait until the next day.

Whether it’s to pick up some food for a party (or some next-day headache helpers), you can head to Publix supermarkets which will be open on both days.