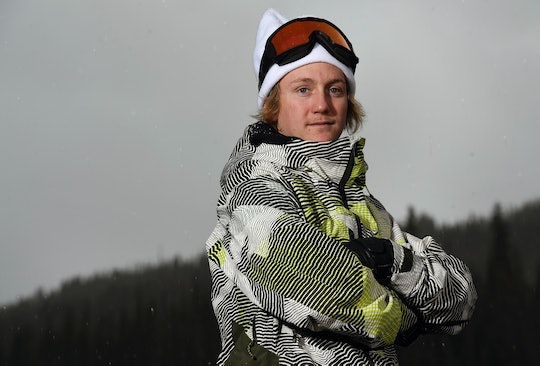 The Olympian’s family has been on the slopes with him since the very beginning.

Snowboarder Redmond “Red” Gerard had an amazing showing at the 2018 Olympics in PeongChang. He was just 17 years old at the time and yet managed to win a gold medal in slopestyle, making him the first American to win gold that the Winter Games that year. His family was with him in South Korea for the Olympics, and that’s no small undertaking. The Gerard family boasts nine members, and as if that isn’t incredible enough on its own, they’re all seriously accomplished in their own way.

The Gerard Family Hails From Colorado

Red grew up in Silverthorne, Colorado as one of seven kids, and showed signs very early on of being a talented snowboard. Very early. Red first strapped into a snowboard when he was just 2 years old when the family was still living in Cleveland, Ohio.

He had his own trick park at his house, and when the family moved to Colorado when he was 7 years old, Red finally got the chance to snowboard on a regular basis for real. According to his personal website, it was actually Red’s older brothers who first noticed his skill with a snowboard.

Little did they know that, years later, they would be following their youngest brother to the Olympics in South Korea. And apparently shotgunning beers while their brother competed at 8:30 a.m., as he told reporters at the time.

Red Gerard’s family had a blast at the Olympics.

Red’s parents Conrad and Jen moved their family to Colorado in an effort to spend more time outdoors, but also because mom Jen was having what she called “a midlife crisis” in an interview with TIME. Their plan paid off; not only did most of their children take up outdoor sports like riding dirt bikes, snowboarding, and beyond, Conrad and Jen created a snowboard park for other kids like theirs.

The family got together and started a makeshift snow park after Red’s brother Brendan noticed the yard had a good slant for snowboarding, according to NBC News. Now the hike-to-trail park at Copper Hill Mountain, called Red’s Backyard, is available for dirt biking in the summer and snowboarding in the winter to all kids, free of charge.

His Trevor Brother Is A Filmmaker

Trevor Gerard was really the sibling who started the snowboarding trend going. Dad Conrad told Summit Daily that he initially bought Trevor a Burton snowboard back in the ‘90s so he could try it out in the Alpine Valley ski area near their home in Cleveland. The passion stuck, and now Trevor works as a snowboarding filmmaker in Colorado. Red has Trevor to thank for his career as a snowboarder as well; he was the one who told his parents that Red had something special.

His Brother Creighton Is Also A Snowboarder

Creighton Gerard keeps a low profile on social media, but he is most certainly always included in the band of brothers. Mom Jen noted that Creighton also fell in love with snowboarding in his early years, and little brother Red was always trying desperately to keep up with him and their other brothers. “He’d throw his leg over the seat and then throttle it and hop on as it was going because his feet couldn’t touch the ground,” Jen told Summit Daily. “He’d get it running and then jump on.”

His Brother Brendan Saw His Potential

Big brother Brendan remembered the early days of Red’s snowboarding fondly in an interview with Yahoo! Sports. Sort of. “I can recall watching him fall down the hill at 2 years old and having him dragging a** behind me, being annoyed to have a little brother back there being all slow and not moving very quick,” Brendan said. “Give him two weeks and he started moving faster. By the age of 6, it was inevitable he was going to be something huge.”

Trying to keep up with the brothers clearly helped Red on his journey.

His Sister Tieghan Is A Cookbook Author

Red might be getting ready to head to the 2022 Olympics in Beijing, but he is most certainly not the only famous sibling in the bunch. His older sister Tieghan is a food blogger with nearly 4 million Instagram followers and a New York Times bestselling cookbook called Half Baked Harvest Super Simple.

Tieghan explains in her blog that she started helping out in the kitchen at home “in an effort to tame some of our mealtime chaos and get dinner on the table at a respectable hour, I began to help cook. I soon realized how much I enjoyed it, and before I knew it, I had taken over cooking our meals full-time.” While she is pretty busy with her own career, she certainly showed up to watch her little brother win Olympic gold and told Yahoo! Sports when he won, “My brother is just Red. He’s awesome. And this never will change a thing.”

His Brother Malachi Is A Video Producer

Malachi Gerard keeps it in the family.

Malachi Gerard really keeps things in the family; he is a freelance filmmaker whose credits on LinkedIn include video producer for sister Tieghan’s Half Baked Harvest blog. He has also filmed his brother snowboarding and regularly joins him while he competes to catch the action and, from the looks of their Instagram photos, just hang out together.

His Sister Asher Is The Baby Of The Family

The youngest member of the Gerard family, 9-year-old sister Asher got the trip of a lifetime to see her brother win gold at the 2018 Olympics. In fact, Red considered her one of the “best parts of his competition, as he wrote in an Instagram post in 2018, “The best part about today was not locking my spot to the Olympics, it was having my little sister Asher with me at the top before I dropped in.”

Asher and the rest of the Gerards won’t be with him at the 2022 Olympics in Beijing when he starts to compete on Feb. 5 due to Covid-19 restrictions, but you better believe they’ll be celebrating him at home. As they’ve always done... probably shotgunning beers.