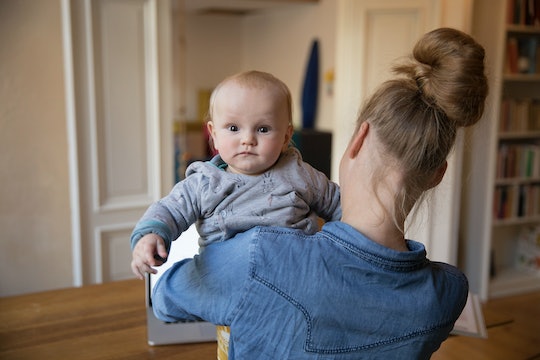 What would you do if you were babysitting and the children’s parent came home late? Like, really late? Several hours late? Well in this recent case making the rounds on Reddit, a babysitter called the police after the children’s mom came home several hours after she said she would and did not answer her calls.

The babysitter took to the popular “Am I The A**hole” sub-Reddit to ask whether she was in the right for her recent response to a client with a habitual lateness issue. According to the original poster, “The mom is never home on time. She used to not give me return times but finally I started asking as it made it impossible to get anything done on the weekends. I'd go babysit so she could go to ‘brunch’ but she'd be gone from 11 a.m. to 7 p.m. My whole day was gone. After that, she'd start giving me times but never stick to them. She wouldn't even call to tell me, she'd just stay out.”

The final straw came when this mom was meant to return at 9 p.m. on a Saturday when the Reddit user had plans and didn’t come home on time. Or respond to messages. “I call her, no response. Text, no response. Another hour. Nothing. Still calling and texting,” she wrote.

So the original poster made a decision. “Finally, it is midnight. By this point, my plans are long ruined but I'm pissed and exhausted. I call her and leave a voicemail saying if she's not home in the next hour, I'm considering the kids abandoned and calling the cops.”

When she still doesn’t receive a response after multiple attempts, she calls the non-emergency line for the police. They arrive, attempt to contact the mother themselves, and eventually take the children to the police station while the original poster goes home.

“I am awoken at 3 a.m. by a frantic call. It's her,” the Reddit user shared. “Where are the kids? Why am I not here? I tell her I followed through on my threat, check the police station. She cursed me out, I hung up and went to bed.”

A babysitter called the police on the children’s mom.

The next day, the Reddit user discovered that DCF had been called, the children’s father had been notified, and an investigation was launched. Now she’s wondering if she was in the wrong. “She called me every name under the sun but I didn't think I was wrong until I spoke to a friend with kids,” the babysitter added. “She said I should've just waited it out and refuse to ever sit for her again. She asked if her potentially losing her kids was worth me being petty.”

Many are saying the babysitter was in the right for a whole host of reasons, not the least of which being the mother could have been in danger.

“One thing I’ve learned from True Crime is the wait 24 hours to file a missing person thing is a myth. She wasn’t where she said she’d be when she said and wasn’t responding to any communication. She was in fact a missing person at that point,” wrote one user.

Another noted, “And she was out of contact for over six hours. What if something had happened to her kids like they needed the emergency room?”

Finally, one person noted that, while calling the police might sound extreme, the timing was everything. “You were not being petty. She did abandon those children. She knew she did not have childcare for those 6 hours and chose to stay out of the home and make herself unreachable instead. Petty would be doing it after she’s late one time by an hour.”

It goes without saying that communication between babysitters and parents is imperative, and when that breaks down, everybody suffers: the kids (who in this situation may have worried about their mother and then spent the night in the custody of strangers); the babysitter, who was stressed out beyond belief; and the parent who now has to deal with a life-altering confrontation.

Moral of the story: Always answer your phone when the babysitter calls.

More Like This
Parents Have Thoughts After Court Orders Nursing Mom To Use Bottle In Custody Dispute
6-Year-Old Boy Has Zero Regrets After Ordering $1,000 Worth Of Food On Grubhub
Florida Teachers With “Unvetted” Classroom Books Could Face Felony Charges
Harry Styles Running To Hug His 78-Year-Old Super Fan At The Grammys Will Make Your Day
What Parents Are Talking About — Delivered Straight To Your Inbox