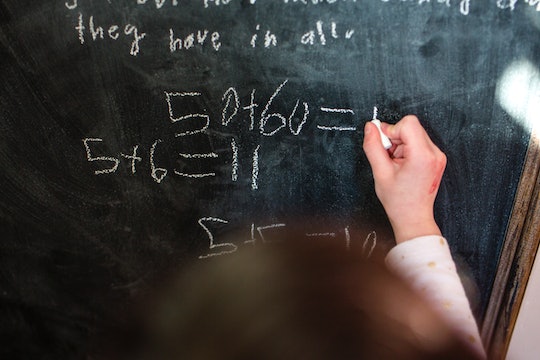 During Teacher Appreciation Week no less.

I can’t imagine there is anyone out there who would question just how difficult this past year has been for parents. The pandemic saw millions of parents taking on a role they never expected: de facto teacher, monitoring and facilitating their child’s education from home, while also managing full-time jobs and other daily responsibilities. It’s been a massive adjustment for parents, but it’s also been a heck of a time for teachers. So perhaps it’s not terribly surprising that a mom who called parents “the real teachers” during Teacher Appreciation Week got some serious pushback on Reddit.

Reddit user u/ChocCheesecake08 reached out to the popular sub-Reddit forum Am I The A**hole with a problem she had with a friend. The Reddit user said she is a teacher without kids, and noticed that a friend of hers had shared a post on Facebook that read, “Happy appreciation week to the real teachers out there: parents! Kids couldn’t do this virtual learning without us!”

The Redditor’s friend is a mom of an 8-year-old and things apparently got messy when the teacher asked the mom about her Facebook post. “I asked her if she really believed that status update she posted, and she said absolutely,” the teacher wrote on Reddit. “She then said she should be paid for teaching her child and that any teacher virtual should not receive their full salary.” The teacher added she is “full time in the classroom with average 27 kids each bell.”

A teacher was offended by her mom friend.

The pair apparently got into an argument about the nature of teaching, with the Reddit user noting that she has “several other things to do like grading, planning, creating activities, data gathering, assessing, parent contact, meetings” on top of ensuring homework is finished. (According to a report from Scholastic, the average teacher's workday is roughly 11 hours). Her friend thought she was “exaggerating” how difficult it was to be a teacher, and they stopped speaking after that.

This teacher’s problem got a big response on Reddit, with many siding with the teacher. Reddit user u/Jaded_Cryptographer wrote, “Does she also put bandaids on her kid's knee and call herself a doctor?! Virtual school is hard for everyone, but it doesn't make her a teacher. You'd think with this newfound appreciation she seems to have for teachers, she'd be advocating for you instead of suggesting you be paid less.”

Finally, Reddit user u/LeReineNoir shared a sample of just how much work teachers have been doing during the pandemic: “My daughter in law is a teacher. During lockdown, while she was teaching virtually, I was monitoring my granddaughter and her nephew during their virtual lessons. The teachers created lessons plan packets for each week, planned virtual activities, checked in with their students to make sure things were okay at home and that they had everything they needed. They put together food packets for pickup for the food insecure kids. At the end of of the class day they kept their streams open with extra virtual activities, like art, PE, and science experiments, as well as homework assistance. They are amazing, are grossly underpaid and under appreciated.”

Parents, of course, have also had it really rough during the pandemic. A report from the Pew Research Center released in January found that 49% of working parents felt they could not give their jobs 100% while a February Women in the Workplace study found that the pandemic has driven millions of women out of the workforce to care for their children.

In a perfect world, parents and teachers would work together to ensure students are getting the most out of their education. A little gratitude and appreciation goes a long way.