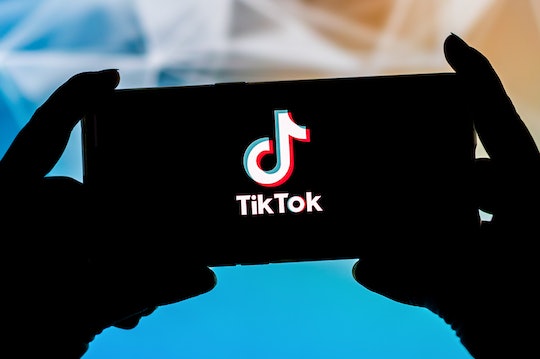 Rumors have spread that Dec.17 would see violence in American schools, but the origin of that threat remains unknown and unconfirmed.

In the past year, TikTok has been no stranger to viral challenges and threats to school safety. The “Devious Lick” challenge, in which students stole and vandalized school property, caused damage nationwide in September. Other school “challenges” were later rumored to be set throughout the year, including “Slap a Teacher Day” and “Kiss Your Friend’s Girlfriend at School.” While largely (or entirely) unrealized, the caregivers and administrations nevertheless remained wary of the looming threat. But earlier this week, a new and especially troubling threat to schools went viral in what has at times been dubbed “National Shoot Up Your School Day.”

Dec. 17 has been rumored to be a date when unspecified violence would occur in schools nationwide

While TikTok and news outlets have, as of yet, been unable to identify the origin of this threat, the rumor that American schools will fall victim to violence on Dec. 17 has nevertheless gone viral. Depending on the post, the threat is named as a school shooting, a bombing, or unspecified, general violence. Most posts on the subject highlight the uncertainty of the situation, not only what is going to happen but if the threat is credible or not.

“Guys I don't know if the bomb and shooting threats happening on December 17, 2021 are real or fake,” reads one. “Either way if you go to school stay safe. I'm not going to school and neither is my sister because our parents are worried because they don't know what is going on.”

“Praying for all schools tomorrow,” reads another. “Don’t go.”

While, as far as law enforcement can tell, threats have been nebulous to the point of rumor, schools across the country have taken various actions to acknowledge the potential threat. Schools in Florida, California, Texas, and Minnesota have canceled school for the day “out of an abundance of caution.” Many districts throughout the country have sent communications to parents and via social media, highlighting their awareness of the situation while assuring families that specific, credible threats have not been identified. Some of these communications from schools have been paired with accompanying police departments putting officers (or more officers) in schools.”

In some cases, these assurances have caused confusion for parents, wary that any threat, however obscure, is, in fact, a threat. “I just got an email from my kid’s school system and police dept,” tweets @gal_bmore. “‘heart of an anonymous general threat communicated through TikTok against all schools identifying Friday, December 17, 2021 as national school shooting day.’ They say it isn't credible but WTF?!”

Some parents have opted to keep their kids home from school

Across social media, parents have been talking about keeping their kids home from school, including Emily Zeller, a mother of two (10 and 7) in Connecticut. “I can’t believe I even have to say this, but if the answer to the question of whether or not my children will be executed at school today is ‘probably not,’ that’s a no from me,” she tells Romper. The increased police presence announced to be posted in her children’s school, was cold comfort. “What kind of a feeling would that give these kids to say ‘don’t worry, you’re safe from a horrifying threat ... because there are police all over your school, like it’s a crime scene.’”

TikTok says they are approaching the situation with the “utmost seriousness”

In a statement posted to Twitter, the company at once expressed a desire to work with law enforcement to address these rumors while saying they have “not fund evidence” of legitimate threats originating or spreading via the app.