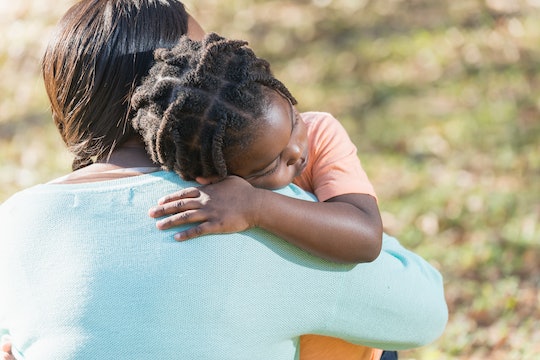 When parents mention having the talk with children, it’s usually about the birds and the bees. But for Black parents, it means educating our children on the racism that’s ingrained in the foundation of America and equipping them to survive a system that still treats them unequally — and in some cases violently — just because of the color of their skin.

Confronting racial tension has been incredibly hard this year on Black parents like myself. At one point, I couldn’t turn on the television without seeing the images of Ahmaud Arbery or George Floyd being violently killed by white men. Within seconds I would scramble to grab the remote, hoping my kids hadn’t caught a glimpse of it. But facing the uproar caused by the racial violence was unavoidable. It flooded every news outlet and my social media feeds. Even Disney commercials aired in support of Black Lives Matter, sparking more questions from our 8-year old twins, forcing us into having the talk with our kids much sooner than we’d planned. We’ve been hesitant to open this door and watch their innocent view of the world slip away.

So, last week, during the final presidential debate, I swung my feet off the sofa and leaned in when moderator Kristen Welker asked the candidates to address how needing to have the talk impacts Black families.

“I want to talk about the way Black and Brown Americans experience race in this country. Part of that experience is something called the talk. It happens regardless of class and income. Parents who feel they have no choice but to prepare their children for the chance that they could be targeted, including by the police, for no reason other than the color of their skin.” She then asked the former vice president to speak directly to us, saying, “Do you understand why these parents fear for their children?”

We’ve been hesitant to open this door and watch their innocent view of the world slip away.

Biden began with, “I do. I do.” As a father, he acknowledged, “I’ve never had to tell my daughter when she’s pulled over, make sure she puts her... for a traffic stop, put both hands on top of the wheel and don’t reach for the glove box because someone may shoot you. But a Black parent, no matter how wealthy or how poor they are, has to teach their child when you’re walking down the street, don’t have a hoodie on when you go across the street.” And he hit the nail on the head. Ever since Trayvon Martin, some parents don’t even allow their teens to wear hoodies.

When Welker posed the same question to President Trump, he said, “Yes. I do.” And that was the extent of his response to whether or not he understands why Black and Brown parents fear for their children. His following words were only to discredit Biden and praise himself.

“And again, [Biden's] been in government 47 years. He never did a thing except in 1994 when he did such harm to the Black community, and they were called, he called them superpredators,” he said, repeating a tired and oft-used accusation that has been proven false. Next, Trump switched to referring to himself in the third person. “Nobody has done more for the Black community than Donald Trump. And if you look, with the exception of Abraham Lincoln. Possible exception, but the exception of Abraham Lincoln. Nobody has done what I’ve done.” He then proceeded to discredit the efforts of our first Black President, Barack Obama, by saying he “didn’t even try” for criminal justice reform, which proves to be another false accusation.

He was in a school with majority white children, and he felt like, ‘Is this what’s going to happen to me when I turn 18? Am I going to be seen as a threat?’

I paused the television so my husband and I could take a moment to breathe. Hearing Trump allude to himself as the savior for Black Americans is nauseating, especially when 2020 is a pure reflection of the division and racial unrest he incites.

Black mother, and new Atlanta resident, Winnie Caldwell says she rolled her eyes as she listened to “two men who are not Black argue about who’s done more for the Black community.” Caldwell, the COO of Books N Bros (a reading advocacy organization for boys she founded with her son), recalls being unexpectedly pushed into having the talk with her then 9-year-old son after 18-year-old Michael Brown was shot and killed by a white Ferguson police officer in 2014. As a St. Louis native at the time, Caldwell and her son lived 10 minutes away from where the incident took place. “He was in a school with majority white children, and he felt like, ‘Is this what’s going to happen to me when I turn 18? Am I going to be seen as a threat?’”

Caldwell’s son is now an almost six-foot 14-year-old. And although this young man successfully runs a business encouraging young people to read (Disney recently chose him to become a Marvel character because of this remarkable venture), she still has to remind him of Black men's plight in America. The talk isn’t a one and done conversation — it’s ongoing. “There are kids who look up to my son, but he still has moments where he is fearful of the police.”

Tanya Hayles started Black Moms Connection in 2015 to create a space for Black mothers to share advice and experiences and meet up with local chapters for support. “There are certain things that all moms have to go through,” she says. "When it comes to the Black family, we do have additional obstacles and burdens that we face, and that’s just reality.” Hayles references racial biases in the school system that Black families have to navigate. Studies have proven what many of us know all too well, that Black students are disciplined more frequently than white students for the same misbehaviors. Punishment is generally harsher, resulting in these students being labeled as troublemakers – a mark that follows them through their academic years.

Civil rights and educational activist Christina Laster chooses to homeschool her four children to keep them from being unfairly treated by the school system. She says we cannot rely on the people who perpetuate discrimination to end institutional racism, or keep asking them for mercy and justice. Laster trains Black parents and youth on how to use policies and laws to fight for themselves, and she wasn’t at all surprised by Trump’s response to Welker’s question. “I didn’t expect for President Trump to address it because if you can look at his pattern, he doesn’t really acknowledge anything, especially if it points to him doing wrong.”

But Biden chose not to sidestep the systemic issues that exist. “The fact of the matter is there is institutional racism in America, and we have always said, we’ve never lived up to it, that we hold these truths to be self-evident that all men and women are created equal,” he said. “But guess what, we have never lived up to it but have constantly been moving the needle further and further to inclusion – not exclusion.” Pointing at Trump, he added, “This is the first president who has come along and said that’s the end of that.”

We explained racism and that some people treat the darker colored crayons worse than the lighter color ones. And with each word, I saw understanding settle.

And Black parents have felt the unbelievable burden of protecting our kids physically and emotionally as racist ideologies, and racial violence have surfaced more and more during this administration.

For my house, it meant sitting at the table with our babies and watching them color their friends with the multicultural Crayola crayons we’d purchased. We explained racism and that some people treat the darker colored crayons worse than the lighter color ones. And with each word I saw understanding settle, while they struggled to comprehend the “WHY” of it all. They asked why our Pastor (during a virtual sermon) asked us to kneel for a moment of silence, and we told them how George Floyd took his last breath with a white man’s knee on his neck. Part of this unwanted dance is knowing how to create awareness in our children but also how to withhold what they cannot yet comprehend.

We decided to do what we commonly practice when dealing with hard stuff. We grabbed hands and prayed. We prayed for healing for our country, justice for our community, and most of all for meaningful change. That means not looking away from the ugliness that has driven our social inequalities and not having leadership that takes us in the opposite direction of the rights that so many Black leaders have fought and sacrificed for us to have.

As Laster says, “Trump signifies or symbolizes the undoing of civil rights legislatively. We can look at a point in history and say that in 2020 we fully recognized that civil rights meant nothing to us in America.”