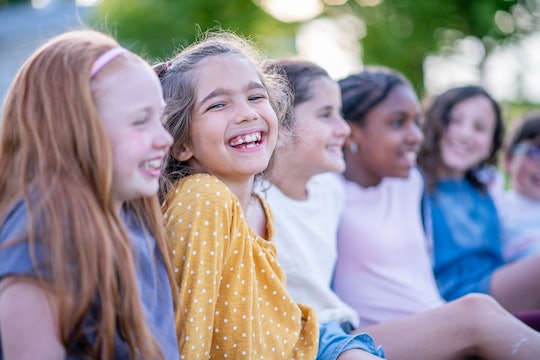 Neither policy nor cultural changes alone can rescue us from this crisis. We need a rigorous national conversation about the values we want to live out for our collective future.

After a year of immense struggle, parents are finally getting some help. This summer brought us open pools and camps, and schools should be largely back to normal come fall. Parents will soon start seeing monthly checks from the expanded child tax credit. Yet these patches do little to fundamentally address the ways in which America’s modern economy, cultural expectations, and weak institutional supports combine to undermine families — especially working mothers. Rebooting the best parts of our familial traditions while building fresh, equitable layers will require nothing less than adopting a new set of family values.

Even before the pandemic, parents were being buffeted from all sides like a ship caught in multiple hurricanes. Families are increasingly squeezed by high costs of living amid modest wage growth and brutal student loan balances. The line between work and home has blurred into an unrecognizable slurry. Obligations to help aging baby boomer parents are rising, while connections with peers fray. The gap between couples’ desired number of children and actual number of children is widening. Government assistance remains scarce and scattered.

As if all that wasn’t enough to snap the mast in two, we live in an era of intensive parenting, the frantic scrabbling to prepare our children with the best chance to succeed in an uncertain future on an overheated planet. While parents' challenges are somewhat mirrored in the general public, parents have it uniquely hard: One review of recent family research concluded that “families with children are at the epicenter of many” inequities, ranging from income inequality to hunger.

Neither policy nor cultural changes alone, however, can rescue us from this crisis. Both policy and culture emanate from the root of values — and in the past 50 years, those roots have become rotten. Values are the deep-seated beliefs and judgments of what is important in life; they are driven by emotion and tied up with questions of morality and ethics. Psychological research is quite clear that values, not cool logic, animate our ideology and our behavior.

Unfortunately, the phrase “family values” itself was co-opted by a faction of the religious right starting in the 1970s; nowadays, the words conjure up images of patrician elders clucking about skirt length or swearing in the movies. The territory of values has been largely ceded. Yet values are incredibly powerful — at its best, speaking about and living out values can conjure up a robust sense of shared purpose, belonging, and direction.

There are 63 million American parents living with a minor under their roof: We may be the greatest untapped political force in the nation’s history.

Embracing the language of values, therefore, offers an important opportunity for parent cohesion and parent power. While some parent organizing groups exist, there is no “AARP for parents,” despite so many common challenges, and that is somewhat by design. Matt Feeney writes in his new book Little Platoons, “Why individual families find themselves stuck in their predicament is closely related to why this predicament is hard to change collectively, politically. Fragmentation and competition are deep traits of American society and politics.”

Indeed, identity factors like religion or political leaning reliably eclipse our identity as “parent” because we don’t talk in the language of shared values, the core of solidarity. Yet all parents desire the ability to be present with and enjoy their children, to leave for their progeny a planet on which they and the generations to follow can thrive. There are 63 million American parents living with a minor under their roof: We may be the greatest untapped political force in the nation’s history.

So it is time for a new national conversation about family values. It is time to develop a unified vision for a family-friendly America and from there generate a path forward. The parents aren’t all right, and their suffering will persist until and unless we decide hostility toward families is, at its roots, un-American.

While the decisions of external actors frame most problems parents face — increasingly fraught college admission processes are sending even rich parents up a wall — the destructive root of so many of them is an unclear or unarticulated value. For instance, the borderline absurdity of modern intensive parenting stems from a recently cemented value of perfection.

Achieving value shifts will require a mixture of cultural and policy strategies: Much like air quality, the experiences and expectations we inhale affect us whether we like it or not.

Imagine a culture where instead, we had a shared value of acceptance. Acceptance that there is such a thing as “good-enough” parenting and a “good-enough” childhood, that attending a midtier college produces similar results to attending an Ivy, that when our children look back as adults, they will cherish the childhood memories of quality time and silliness far more than harried hours spent shuttling from one activity to another. Back in 2011, writer David Roberts hinted at this approach in his essay “The Medium Chill,” noting that “the medium chill involves what economists call satisficing: abandoning the quest for the ideal in favor of the good-enough.” This doesn’t suggest there’s never a role for competitive excellence — values should be thought of as a continuum and one that deeply intersects race, gender, and class — but it does suggest leading with acceptance is far healthier.

The same goes for other corrosive, yet understandable, values that unfortunately underlie so many parents’ lived experiences. For instance, author Anne Helen Petersen has shown how a broadly adopted millennial value of “hustle” drives the indistinct line between work and home, as well as the pull to monetize every hobby and maintain our smartphone tether. Just 1 in 4 white-collar workers doesn’t check their work email outside work hours. The countervailing value here might be intentional presence.

Achieving value shifts will require a mixture of cultural and policy strategies: Much like air quality, the experiences and expectations we inhale affect us whether we like it or not. Consider an example outside the realm of parenthood: how the value of responsiveness has changed since the dawn of the 20th century. Prior to widespread telephone ownership, we primarily relied on letters, which could take weeks or months to exchange. In the landline-dominant decades, if someone wasn’t home, you just left a message and waited until they called back at a time you were. Nowadays, of course, email and cellphones (with read receipts!) have led to an expectation of near-instantaneous response. The value here, however, is influenced not only by the innovation but by culture. As one meme making the rounds puts it, an imagined European “out of office” message reads “I’m away camping for the summer. Please email back in September,” while the American version reads “I have left the office for two hours to undergo kidney surgery but you can reach me on my cell any time.” Same tool, different values.

Thus, it will be much easier for U.S. workers not to check their email at home if their bosses stop expecting responses or scheduling meetings outside of traditional work hours. That doesn’t require a new law, but it does require actively pressuring corporations to insist on reasonable boundaries. It requires a shared expectation, a social more. In the longer term, the value of presence requires serious consideration of things like a four-day work week and other structural ways of rethinking work.

Some changes will, of course, require legislative action. It’s far easier to be present with a sick child if you have paid leave (the Swedes have a national dependent-care leave program that is so popular it’s become a verb, vabba), far easier to leave a family-unfriendly workplace when you’re not living paycheck-to-paycheck with creditors harassing you daily and you’re not worried about making next month’s child care payment.

But if I may borrow a sports metaphor in the run-up to the Olympics: We are false-starting on our solutions, already one step down the track and then surprised when we aren’t victorious. We need to back up and set our body politic in its proper form. That starts by having a rigorous national conversation about the values we want to live out for our families, our children, and our collective future.