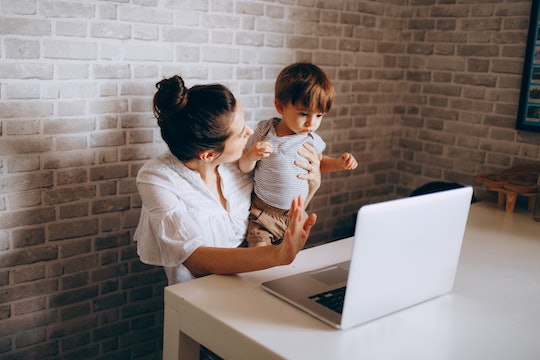 Did The "Upper East Side Mommas" Facebook Group Ban A Member For Her Gossipy Book?

Some stories hit a little too close to home.

Here's a little side of irony to enjoy with your morning coffee: a priveleged moms' Facebook group banned an author from promoting her book after they discovered it was about (wait for it) a privileged moms' group. This is the same private moms' group who warns potential members that they had better avoid "contentious" topics like race, politics, and fake nanny referrals.

UES Mommas, the New York-based private Facebook group with more than 39,000 members, recently decided to ban author Jane L. Rosen from promoting her book Eliza Starts A Rumor. A source tells Page Six that she had reached out to promote her new book with an online, book club-style chat with members, but was banned after the administrator caught wind of a similar moms' group being mentioned in the book. In the book, Rosen writes about a fictitious discussion board called "The Hudson Valley Ladies’ Bulletin Board" where moms discuss issues like noise complaints and issues with their nannies and such. It seems the administrator felt this fictional group was a little too similar to UES Mommas, and decided to call off the book discussion. Despite the fact that the description of said group reads that it is a place "where NY Mommas come for support, positive and constructive guidance and community."

Perhaps the group felt Rosen's book would be too divisive, which could be possible considering the rules for discussion for UES Mommas state "Contentious debates will be deleted at admins' discretion. DISCUSSIONS OF DIVISIVE TOPICS INCLUDING (but not limited to) RACE, POLITICS, RELIGION, VACCINES ARE EXPRESSLY FORBIDDEN and will be deleted."

A Facebook group for moms has been experiencing some controversy this year.

The Facebook group has already struggled with some controversy this year, particularly back in June when a white administrator was accused of being racist for not allowing discussions about Black Lives Matter and the death of George Floyd that ignited protests across the globe. The group was temporarily shut down after it essentially imploded, as per a report from The New York Times, and eventually restarted with two new moderators, one Black and one Asian, but not until members started to leave the group in high numbers.

If the group's decision to ban an author for writing about a privileged moms' discussion group stands, it seems censorship remains alive and well at UES Mommas. As Rosen told Page Six, "Ironically, the novel is about lifting other women up, not tearing them down. And really, if you can’t joke about Birkin bags on the Upper East Side, where can you?”

She plans to hold a Zoom book club for Eliza Starts A Rumor on Jan. 19, and I for one can't wait to take part in it.