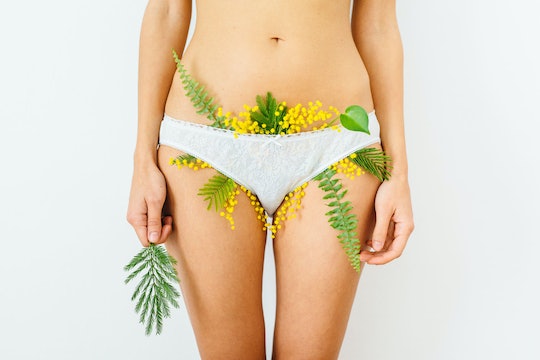 We Are Still Blaming Women For Infertility

As with the rest of her health picture, women bear the worry, emotional responsibility, and blame for their infertility — a lonely state even in 2019.

A woman who struggles to conceive today will likely be bombarded with data about her body's malfunctions; sympathetic friends blaming tension and telling her to relax; wondering what she did to invite such misfortune.

All of the blame heaped on an involuntarily childless woman is rooted in centuries of superstition and shame.

Throughout recorded history, consensus has been that the inability to conceive is caused by a defect (physical, mental, or moral) in the “barren” woman. Around the 4th century BCE, Hippocrates wrote that infertility was caused by a cervix that is misaligned, too hard, too soft, too open, too closed, or obstructed. Likewise, the uterus might be too wet or dry, the wrong size, too smooth, or disfigured. Or the woman, in toto, may be too fat, thin, wet, dry, or otherwise incompatible with conception.

By the 1800s, not much had changed. Medical advancements gave doctors even more reason to focus on female reproductive anatomy as the cause of infertility.

In addition to faulty anatomy, it was — and still is — believed that a woman’s thoughts could render her infertile.

In shockingly recent history (1873), a Harvard medical doctor claimed that educating young women would lead to infertility by inhibiting the development of the reproductive system.

"Nature has reserved the catamenial week for the process of ovulation, and for the development and perfectation of the reproductive system. Previously to the age of eighteen or twenty, opportunity must be periodically allowed for the accomplishment of this task. Both muscular and brain labor must be remitted enough to yield sufficient force for the work. If the reproductive machinery is not manufactured then, it will not be later. If it is imperfectly made then, it can only be patched up, not made perfect, afterwards. To be well made, it must be carefully managed. Force must be allowed to flow thither in an ample stream, and not diverted to the brain by the school, or to the arms by the factory, or to the feet by dancing." Edward H. Clarke, M.D.

In the 21st century, anxiety is a common scapegoat for failed attempts at pregnancy. Show me a woman who hasn’t been told to “just relax and it will happen,” and I will show you a woman who never had a single conversation about her fertility with anyone.

Women who don't become pregnant have historically been presumed to have weak character, too.

Women trying to conceive are expected to control their diets at the micronutrient level, avoid antagonistic activities, increase “healthy” activities, and keep a pleasant countenance to nurture their precarious fertility.

“Metaphors of ‘barren soil’ and ‘fruitless seed’ were used to cultivate the belief that individual women — situated in this case as farmers — had the ability to monitor every detail of their environments, emotions, and behaviors until their bodies, at long last, sprouted.” Robin E. Jensen, Infertility: Tracing the History of a Transformative Term

While many modern religions have accepted assisted reproduction, some religious groups still oppose reproductive technology. As long as there has been religion, myth, or tradition, women have been expected to please God or gods for divine permission to procreate.

Hopeful women in classical Greece consulted oracles and made offerings to deities. Biblical women were "rewarded" for their piety with pregnancy.

If God gave babies, it was the Devil what took them away.

In the 1400s, the Malleus Maleficarum claimed witches and the devil were to blame for infertility or that women without children were themselves witches.

Desperate to conceive, women consent to repeated expensive and elaborate treatments. Ancient rituals conducted in the name of fertility sound unpleasant at best, nightmarish at worst.

According to an ancient Greek papyrus, a woman's fertility could be determined by having her urinate on a plant. (Sound familiar?)

One of Hippocrates' prescriptions for infertility was to grind lead and magnetic stone, tie the powder in a cloth, dip it in breast milk and insert it in the vagina.

At the ancient Roman festival of Lupercalia, athletes ran through the streets of Rome, whipping women with the skin of sacrificial goats. The women believed the ritual would make them fertile.

And today, one of the first tests recommended for a woman who is unable to conceive is a hysterosalpingogram (HSG). The sometimes painful procedure requires having iodine solution injected into the uterus while X-rays are taken to detect “blockages” that could prevent conception.

We can't know if women from centuries past felt humiliated by these “treatments” or if they were happily accepted. We do know, though, that the incentive to be cured of infertility was high because they faced harsh social consequences for not bearing children.

In both ancient Greece and Rome, men could divorce women based on their inability to bear children. A divorced woman was very unlikely to remarry and faced a future of financial and social struggle.

As medicine advanced, men started to replace women — midwives and healers — as the primary providers of infertility treatments. The shift in knowledge and power resulted in men disqualifying and disdaining women's work.

In 1962, Donald Robert Johnston, M.D., spoke to the The Canadian Society for the Study of Fertility on "The History of Human Infertility," and his comments reflected a dismissive male perspective on midwifery.

"During the years 1000 to about 1500 A.D. there was a great belief in faith-healing and supernatural power, and obstetrics fell into the hands of midwives and sow-gelders. In England, in 1518, the physicians established a college, but midwifery was very inferior and the midwives were ignorant women, often without edu- cation, who had borne children themselves or watched other women's labors. Relics, charms, and incantations were their stock in trade." Donald Robert Johnston, M.D.

In comments like this, you find the hypocritical belief that women are both ultimately responsible and ultimately powerless over their own reproductive health.

Ancient history scholar Rebecca Fleming spoke at Cornell University in 2010, saying, "Specific action around infertility seems always to engage in some senses with male power and authority. Moreover, a key point about infertility is also born out in the ancient world, which is that whatever the understanding about conception is, however much male failure can be implicated, the drama of infertility is always played out in the woman's body. That is to say, some things don't change."

While amazing reproductive technologies — like IVF, surrogacy, and fertility drugs — have been born in the 20th and 21st centuries, superstitions and the practices of blaming or devaluing infertile women are still very much a part of the journey to conceive.

Shouldering the responsibility for infertility is far from inconsequential to a woman's mental health.

A 2009 Harvard Medical School report cites a study showing that half of women visiting a fertility clinic said infertility "was the most upsetting experience of their lives." Only 15 percent of men in the study had the same feeling.

The Harvard Mental Health Letter states, “Less research has been done on men's reactions to infertility, but they tend to report experiencing less distress than women. However, one study found that men's reactions may depend on whether they or their partners are diagnosed with infertility."

Women aren't the sole source of infertility issues, but for now, and for a long time, they've sure been suffering alone.

More Like This
Weed Moms Are Changing The Culture Around Marijuana
I Had Bariatric Surgery & Can Say The New AAP Guidelines Will Harm Kids
My C-Section Almost Derailed My 5th-Degree Back Belt — Almost.
Fitness Influencers To Follow If The Word ‘Fitfluencer’ Makes You Want To Die
What Parents Are Talking About — Delivered Straight To Your Inbox