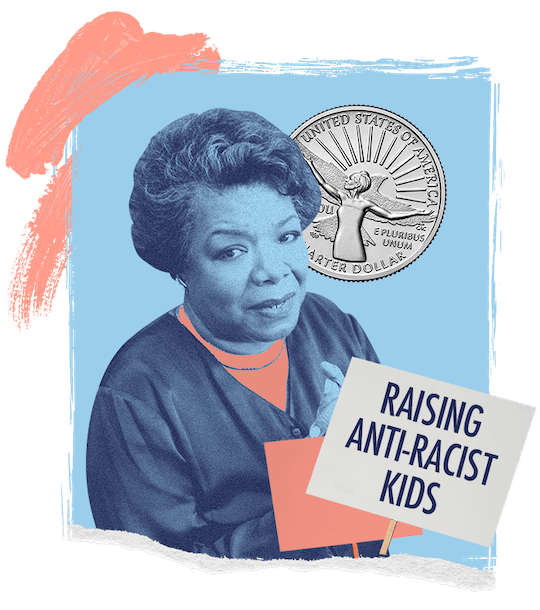 Is a coin the real way to honor Maya Angelou?

“We, this people, on this wayward, floating body / Created on this earth, of this earth / Have the power to fashion for this earth / A climate where every man and every woman / Can live freely without sanctimonious piety / Without crippling fear …”

Maya Angelou bestowed upon us this profound mandate for humankind in her poem “A Brave and Startling Truth.” Throughout her life, Angelou was a blazing force for justice and equity, a powerful Black woman who lost her voice as a child only to have it return with compounding force as one of the most necessary and timely of multiple generations. This week, the U.S. Mint announced a new quarter featuring an image of Angelou, touting it as an accomplishment: the first Black woman to be featured on a coin. Maya Angelou deserves every honor in her name for her decades of work that contributed immeasurably to this country. From her prolific writings to her activism to a multidimensional career, she is a role model to us all. She more than deserves her likeness on a coin.

But you know what honoring her legacy really looks like? Hint: It’s not a coin. It’s a country where Black women can live freely, where our lives are not in danger simply for being Black women, and where we can raise our kids, if we choose to have them, without fear for their lives. How is it time for a coin when folks aren’t even ready for real freedom for Black women? When the power of our voice, of our presence, of our existence, is constantly at odds with society’s repeated attacks and dangerous attempts at dismissal of who we are?

That crippling fear that Angelou said she’d like us to live without? That inhabited every facet of my body as a Black pregnant woman living in this country.

I’ll tell you what it’s not. It’s not time for performative gestures of honor bestowed upon one person when so many of us live in the very fear she spoke of. Don’t get me wrong, some of us will enjoy owning a coin with a Black woman on it. We’ll tell our kids about it. It’ll be good fun. But we also know that the respect and honor for Black women in this country stops at this gesture. In myriad ways, living as a Black woman in this country brings with it deep marginalizations, constant systemic and institutionalized racism, and a forever present battle to be heard and seen as a whole person. So here’s what this Black mom wants instead of Maya Angelou on a quarter.

Kira Dixon Johnson was a 39-year-old Black mother when she went into Cedars-Sinai in Los Angeles for a routine C-section. She and her husband, Charles, were excited to welcome a second son to their growing family. After her cesarean, Kira bled internally for 10 hours before dying. Kira Dixon Johnson needed doctors to listen to her. She needed them to provide proper medical care to her so that she could live to raise her two boys.

Kira’s story twists my insides because I also had a routine C-section in 2019. During my entire pregnancy, I could not escape the fear that, as a Black woman, I wouldn’t be listened to, that my concerns would be ignored and, because of that, that my life would be put in danger. Black women are three times more likely to die because of pregnancy-related complications than white women. This is partly due to institutionalized racism, both implicit and explicit, that results in us not being listened to, not getting sufficient attention to our complaints, and being dismissed, routinely.

That crippling fear that Angelou said she’d like us to live without? That inhabited every facet of my body as a Black pregnant woman living in this country.

A new coin rings hollow when Black women still don’t receive equal pay in the workplace. Black women face the compounding effects of racism and sexism in the workplace. The wage gap for Black women is $0.63 to every dollar a white man makes. Black women are also promoted at a slower pace and interact less with senior leadership, says Alexis Krivkovich, co-founder of the Women in the Workplace report.

The trope of the angry Black woman is our reward when we justifiably reject society’s tendency to sideline us in the ongoing mission of centering white patriarchy. This trope isn’t just weaponized against us socially; it causes real harm to our careers, our livelihoods, and our families, even endangering our lives.

This Black mom wants voting rights for all.

Maya Angelou spoke about the importance of voting, especially with children: “It gives the child, the young person, a sense of her own importance … because the mother and father know their vote is important,” she told FOXY radio station. “Sometimes, that’s the best thing you can do for someone when the larger society is saying, ‘You’re not important. I don’t have to consider you.’” And in a 2012 campaign email for Barack Obama, she spoke directly to the American people. “It is your job to vote. It is your responsibility, your right, and your privilege,” she wrote. “My grandmother and my uncle experienced circumstances that would break your heart. When they went to vote, they were asked impossible questions like, ‘How many angels can dance on the head of a pin?’ When they couldn't answer, they couldn't vote.”

Every Black woman deserves the right to live, exist, and thrive as we are.

Fighting for racial justice alongside Martin Luther King Jr. and Malcolm X and others helped define Angelou’s role in the civil rights movement. Today, the fight for voting rights is one of the defining battles of our generation. Ninety-one percent of Black women voted for progress and change in the last election but there hasn’t been a concerted effort to protect our right to vote. As of October 2021, 19 states have passed 33 laws restricting voting access, with even more in the works as the 2022 midterms draw closer. Before we have a coin with a Black woman’s image on it, we’d love the right for every Black woman (and person) to vote with equal access, please and thank you.

Black women at large continue to be refused the simple right of living while Black. We do not have the ability to live “without crippling fear.” Fifty Black women were killed by police between 2015 and 2021, an Insider report found. From Sandra Bland to Breonna Taylor, from sitting in our cars to sleeping peacefully in our beds, Black women are in danger in this country simply for being just that. Black women.

Maya Angelou should be honored in every way possible and certainly deserves her image on a coin, when the time is right. Every Black woman deserves the right to live, exist, and thrive as we are. The performative gesture can’t come before the real work. Honoring Angelou’s legacy means protecting the little Black girl she was and wrote about in I Know Why The Caged Bird Sings. It means honoring her work and life by bringing to fruition a country where Black women can be paid equitably, give birth safely, and vote freely, not one in which a coin is considered real progress.

More Like This
My C-Section Almost Derailed My 5th-Degree Back Belt — Almost.
My Slowest Marathon Ever Is The One That Makes Me Most Proud
An Injury Forced Me To Slow Down & It Was Exactly What I Needed
20 Impactful Documentaries To Stream During Black History Month & Beyond
What Parents Are Talking About — Delivered Straight To Your Inbox