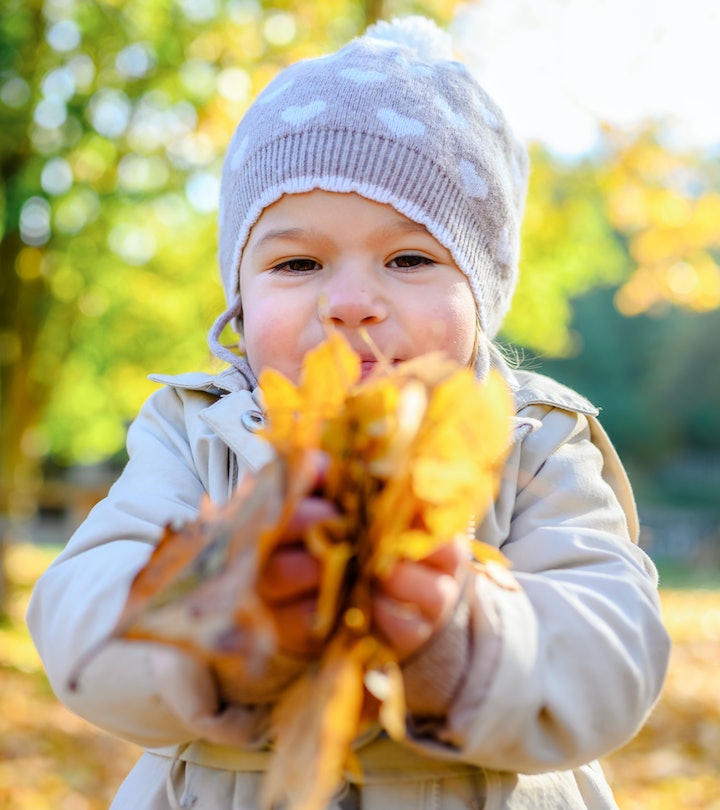 It’s About That Time To “Fall Back”

And ruin your child’s sleep schedule for a few days.

Ah, yes. Daylight saving time — the bane of every parent’s existence. Unless you live in Arizona, Hawaii, American Samoa, The Northern Mariana Island, Puerto Rico, or the U.S. Virgin Islands, that is. Luckily for those places, which do not follow daylight saving time, they don’t have to observe this chaos of either losing an hour or gaining an hour of time in the day.

For the rest of us, we “sprung forward” in March, but now it’s time to “fall back.” Daylight saving time ends in 2021 on Sunday, Nov. 7, at 2 a.m. where we will officially move back to 1 a.m. For childless folks, that means you get an extra hour of sleep on Sunday. For those of us with children, this means nothing. Nothing except for the fact that we’ll probably still be battling our children to go to bed and then keeping our fingers crossed we maybe get 10 more minutes of sleep in the morning — but in reality if your kid usually wakes up at 7 a.m., they’ll probably be waking up at 6 a.m. Sure they might go to bed “earlier” the second day, but there’s probably no way in hell they’ll be sleeping later anytime in the near future. Hooray.

Why Do We Have Daylight Saving Time?

While it feels like a gut punch to parents who now have to keep kids awake until at least 7 p.m. as they nod off into their dinner, there used to be a good reason for daylight saving time. A common misconception is that it was meant for giving farmers an extra hour of sunlight to tend to their fields, but the real reason has to do with energy conservation.

“The real reasons for daylight saving are based around energy conservation and a desire to match daylight hours to the times when most people are awake,” the History website noted. “The idea dates back to 1895, when entomologist George Vernon Hudson unsuccessfully proposed an annual two-hour time shift to the Royal Society of New Zealand.”

However, and now I don’t feel so bad for hating it, “Most studies show that its energy savings are only negligible, and some have even found that costs are higher, since people in hot climates are more apt to use air conditioners in the daytime. Meanwhile, Hawaii and Arizona have opted out of daylight saving altogether and remain on standard time year round,” according to History.com.

How To Prepare Your Child for Daylight Saving Time Ending

Seasoned parents know that the Sunday of DST ending is the worst. Your kid won’t be going to bed any earlier and they’ll absolutely be seemingly waking up earlier the next morning. What can you do to help ease the transition, even a little bit, so everyone gets some sleep?

Some experts recommend starting now by moving your child’s bedtime forward 10 or 15 minutes each day leading up to Sunday, Nov. 7. This way, by the time daylight saving time ends, they are already going to sleep a little later, which will translate better to their normal time. For example, if your child normally goes to bed at 7 p.m., start pushing it back to 7:10, 7:20, 7:30, etc. Then, when the time “falls back” on Nov. 7, your child is used to going to bed at 8:00 p.m., which is now 7:00 p.m. Their body’s rhythm will be on the same schedule, and they can adjust a little easier to the time change.

But don’t panic. It won’t take long before the whole family adjusts, and then you’ll get to do it all over again in the spring.

More Like This
Tips to Beat Jet Lag, For You & Your Kids
40 Valentine's Day Outfits Your Girls Will Adore Showing Off This Season
The Best Travel Tips For Solo Parenting
Winter Travel Tips For Families
What Parents Are Talking About — Delivered Straight To Your Inbox