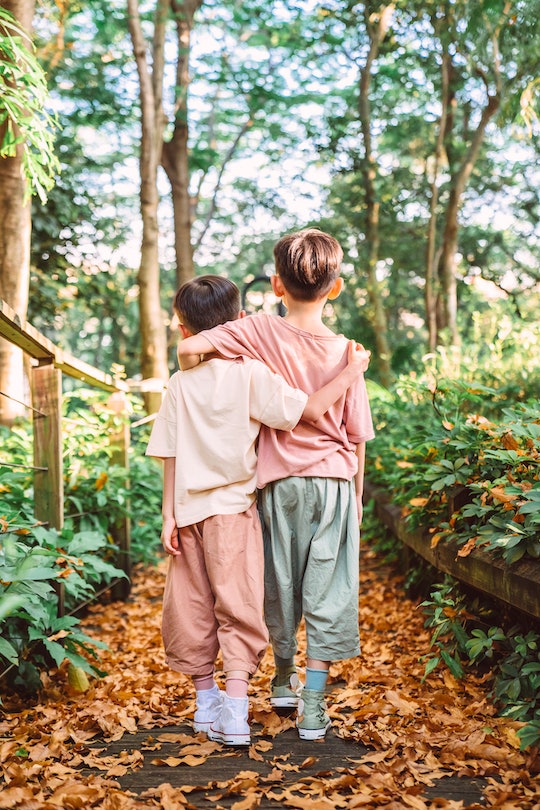 When Is National Brother's Day?

Everything you need to know about the sweet holiday this year.

Brothers: can’t live with them, can’t live without them. But what about celebrating them? Oh sure, there’s their birthday, but what about a day just for giving a little love to the bros in your life? There is, in fact, a holiday for that. Naturally, it’s called National Brother’s Day, and it’s coming up really soon.

When is National Brother’s Day?

National Brother’s Day will be celebrated this year on May 24. That’s a Monday, for all of you frantically pulling out your calendars.

The origin of National Brother’s Day is a bit of a debate, but what we do know is that it’s a relatively recent phenomenon. C. Daniel Rhodes from Alabama is credited with coming up with the event, but whether that took place in 2005 or 2015 still being negotiated. What we do know is that Rhodes felt that a special day apart from National Siblings Day (which takes place in April) was required to give brothers their due.

And he was clearly right, as this unofficial holiday has taken off since he held the first event. While National Brother’s Day is mostly observed in the United States, France, Germany, Russia, and India also acknowledge the date, according to NationalToday.com.

There are so many ways to celebrate National Brother’s Day, but here are a few choice ideas to consider.

Spoil your brother on National Brother’s Day. Go out of your way to find a special gift he’ll truly appreciate and know you put a lot of thought into to show him you care.

In our busy world, it might be easy to drop your bro a “Happy Nat’l Bro’s Day” text and consider the event covered. But wouldn’t some quality time with him be even more appreciated? Bring your brother lunch or sneak him out of work early for a little hang time.

Brothers are the keepers of our childhood memories, so why not reclaim those golden age days by doing something you both loved as kids? Putt-putt golf, anyone? Or maybe an afternoon playing Mario Kart? He’ll love the blast to the past as much as you will.

Get the Whole Gang Together

Want to really have a rocking National Brother’s Day? Surprise your brother with your other siblings and parents for a big old family throw down.

Shout Him Out On Social Media

Not everyone can be with their brother or brothers on National Brother’s Day, but that doesn’t mean you can’t make a public display of affection. Find a great old photo and toast your brother(s) on social media so everyone can see how much you care.

Help Your Kids Celebrate Their Brother

Whether it’s drawing a picture or putting up some balloons, showing your kids how to celebrate their brother (and therefore each other) is a great life lesson you can teach on National Brother’s Day. Break out the craft supplies and make something special for baby bro.

Pick Up the Phone

At the very least, consider giving your brother a call. Even if you haven’t talked in months, take this opportunity to pause and tell him how much he means to you. You never know, it may just be the glue necessary to repair even the most stretched sibling relationships.

And if at all possible, tell your bro to bring it in for the real thing and give that guy a hug. You may have beat him up as a kid, but you can show him its all water under the bridge now with a big ol’ snuggle.