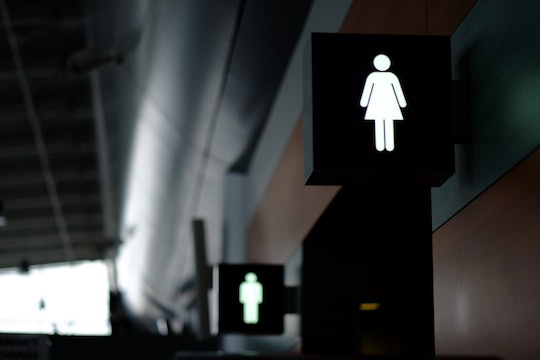 Why Does Your Vagina Smell Like Urine? It Could Be This

Vaginas have a smell, there's no way around it. And to be conscious of your smell is completely normal. In fact, it's healthy to pay attention to the way your vagina smells, so you can keep track of your genital health. If you're wondering why your vagina smells like urine, it could be a few things.

According to a German study, the vagina has up to 2,100 different odors. Most of the time, however, NHS Choices noted that your discharge shouldn't have a strong smell or color. Which means that if your vagina smells like urine, it could be time to head to the doctor.

Rajiv Gala, a physician with the American College of Obstetricians and Gynecologists, told The Huffington Post that the challenge with vaginal odors is that there aren't a lot of great studies that can help you determine between normal and abnormal. But that if you’re noticing a strong smell, there's a good chance that an infection could be at the root of the problem. Physician Marni Friedman agreed, telling HealthTap that any change in your genital health means you should be examined.

According to the Mayo Clinic, vaginitis is "an inflammation of the vagina that can result in discharge, itching and pain. The cause is usually a change in the normal balance of vaginal bacteria or an infection." Bacterial vaginosis is a form of vaginitis, and WebMD says that normally there are both good and bad bacteria located in the vagina. The good bacteria helps control the growth of the bad bacteria, and when the balance gets upset, it results in bacterial vaginosis.

The smell could also be from excessive perspiration, or leaking urine, according to Dr. Gala's conversation with The Huffington Post. Dr. Gala also said that a woman's menstrual cycle can change the smell of her vagina. If the odor of your vagina is strong enough that you're concerned, or if the odor persists, you should see your doctor to determine the cause.